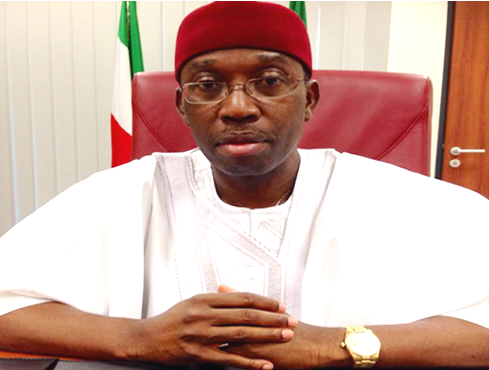 The delay in the payment of compensation to complainants whose houses were demolished in the course of road construction in Delta State has been condemned in its entirety by the state government.

This is the submission of the Works Commissioner, Chief James Augoye, Friday when he inspected the ongoing 3.3 kilometer Okwagbe/Otutuama/Esabe road construction, linking Ophorigbala and others in Okwagbe inland, Ughelli South local government area of the state.

Speaking to newsmen after the Works Commissioner inspected the road; he disclosed that “about 850 meter is already primed ready to receive asphalt, while he has already started filling the first 500 meters from where he stopped priming. From what I have seen here, the contractor is working very hard, I must commend him”, he said.

On the allegation that the contractor was not on site, using substandard materials and the expression of fear that the contract would be abandoned having not been mobilized, Augoye said, “the materials he is using are of high quality, they are working according to specification as given to them by the ministry of works”.

He appealed to those leaving in the corridor especially the indigenes of the towns where the road is sited to corporate with the contractor, saying “this is a road that has been awarded severally in the past and the governor is determined to get this road completed and it can only be completed if the communities corporate with the state government and the contractor that is doing the job”.

He assured the communities that the current administration has no place for abandoned projects, “this project will be completed and my engineers will be on ground from time to time to ensure that they work according to specificationm. we will not compromise standard”, he assured.

The Project Manager, Zenith Construction Limited, Engr. Babaniyi Olusegun, revealed that the company has cleared up to 2.6kilometers of the 3.3 kilometers, “we are through with about 850 primed. By Tuesday we shall be doing the asphalt of the 850 meters”.

He debunked the rumour of substandard materials, not being on site, saying that the allegation was coming from the high in the communities “but the average man and woman in the communities are happy over the job that we are doing”.

“They say they will pay me compensation but up till now, they have not come forth, saying that some communities have land along the constructed road. Another thing is that the idol worshippers are also complaining about their shrines along this road. The first one along this road has not been given compensation and that is the reason they said they should not destroy the shrine and another one said they should pay them compensation but up till now, they have never done that”, he said.

Olusegun assured that compensation would be paid as the government has approved the payment, “by next week by the grace of God, the people involved will be settled by the valuer who have negotiated with them. Nobody is diverting from the road, we are still going to do it”, disclosing that “I don’t have any problem with the community except the big men at the top who want me to pay some special visit to them. I have done the one I can do and I have actually told them that I will come back to see them”.

On the alleged slow pace of work, the Project Manager hinted, “I will not say it is too slow because we all know that this is raining season and as far as we are concern, we believe in quality job not fake job and being the first job we are having with Delta state, we want to show our quality so that we can do more jobs with the government”, alleging that “some of those who spoke against their work want the company to do substandard job and share the money. We don’t compromise”.

While clearing the air on some of the drains that carved in he said “even as at yesterday we were still doing some corrections on the drains. Actually from the beginning, we complained to the ministry that we need to remove the whole drain and reconstruct a fresh one but they said there was no provision for that and that we should do maintenance along Okwagbe road which we did”.

According to him, while the maintenance work was one some others are defecting but we are making corrections, “so every default places will be corrected”, he assured.

He called on the government to step into the boundary challenges they are experiencing with the communities, stressing that government should also speedy up modalities in the payment of compensation on farmlands and houses destroyed in the course of the road construction “so that the communities will be happy.

Some members of the community including one Mrs Oyovwe Votu, expressed happiness over the construction of the road, saying it would boost the economic activities in those areas.