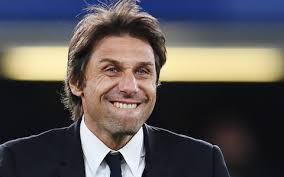 Chelsea Coach, Antonio Conte has hailed his team for reacting brilliantly to critics about their recent lack of goals by mauling Brighton 4-0 at the Falmer Stadium.

The Blues produced a commanding performance to brush aside the newly promoted side,Eden Hazard scored a brace, willian and Moses added the other goals.

a�?The press tried to make it seem there were problems, we are doing an important work. To win in this way, to lose with five players less. Despite this we won 4-0 and it means every player deserved to have a chance. I am pleased with the performance.

a�?On the bench we had Musonda, Ampadu and Sterling, we had youth and gave them a chance. You have to continue this way. I am very happy because every single player felt this responsibilitya�?

Conte also praised his team for their effort in the game despite missing a number of regulars due to injury and suspension.

a�?It was a good result for us. Recently we havena��t scored a lot but today we did. Today we kept a clean sheet. Brighton created chances,a�? the Italian stated.

a�?Before the game I think a lot of people had perplexity for suspension and injuries, instead during the game we showed a great personality to be a team.

a�?We started the game very well and a good combination. We must be happy for this.a�?a�?