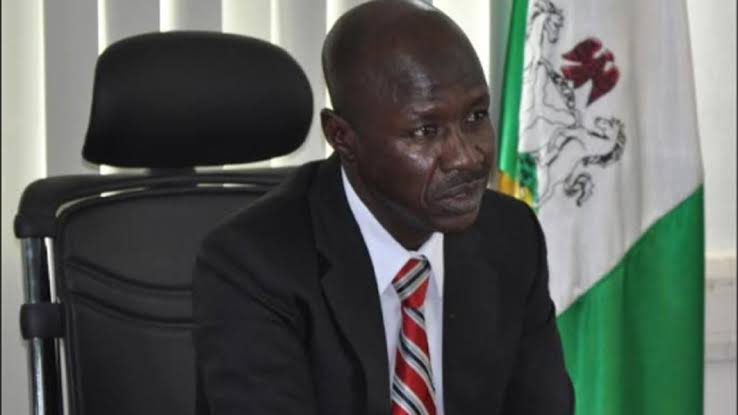 The Acting Chairman of the Economic and Financial Crimes Commission (EFCC), Ibrahim Magu, has said that corruption is still killing Nigeria’s economy.

The EFCC boss disclosed this while addressing 328 EFCC Detectives Superintendent cadet-trainees in Kaduna at the weekend.

He charged them to get ready to fight corruption in Nigeria, saying the menace was a big problem in the country.

The Acting Chairman urged them to be disciplined and patriotic to be able to join the fight against corruption.

Magu, who was represented by EFCC Training Academy Commandant, Professor Ladi Hamalai, who visited the Course 8 cadets undergoing training at Nigerian Defence Academy (NDA), said Nigerians look up to them for the battle against corruption.

“Corruption is killing the country. The economy can’t grow and the infrastructure can’t be provided, not because of lack of funds but mainly due to corruption.

Atiku, His Father, Grandfather Are Not Nigerians But Cameroonians, Abba Kyari Insists