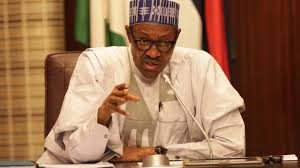 Nigerian Presidency on Friday raised questions bout the credibility of the report by the Transparency international, which indicated that not much has been achieved President Muhammadu Buhari administration with regards to anti-corruption fight.

Transparency International placed Nigeria 148 out of 180 countries assessed in 2017 on the annual Corruption Perception Index, showing  deterioration  in perception of corruption in public administration in Nigeria compared to 2016.

But the Presidency disagrees sharply with that assessment.

In a statement,   Garba  Shehu,  senior special assistant to Buhari on Media and Publicity, urged the anti-corruption watchdog to focus on facts and not fiction.

He said,  a�?The Presidency notes that, while it welcomes constructive  criticisms  from the anti-corruption watchdog, Transparency International (TI), the organization has a responsibility to reflect the larger picture of the concrete and verifiable achievements of the Buhari administration since it came into office in May 2015.

a�?The government is still wondering the  criteria  or facts used by the anti-corruption watchdog to arrive at its very misleading and unfair conclusions in its assessment of the Federal government’s efforts in this anti-corruption crusade.

a�?Political will is the first major component of fighting corruption in any country and President Buhari has made a huge difference by demonstrating not only the political will but also the extraordinary courage to go after high profile looters, including former  military service  chiefs and  Judges .

a�?It was once unthinkable to touch or prosecute the ”big men” for corruption in Nigeria but President Buhari has ended impunity for corruption.

a�?Today, the Buhari administration has made accountability the  bedrock  of governance and corruption is no longer fashionable because it attracts consequences.

a�?Blocking leakages for corruption through the rigid enforcement of the Treasury Single Account (TSA) had made life tougher for corrupt officials. He regretted that these efforts were not acknowledged by the Corruption Watchdog.

a�?Figures published by the EFCC, the anti-corruption agency, reveal that N738.9 billion was recovered in just two years of the Buhari administration and this impressive and unprecedented record is worthy of mention and acknowledgement by anybody genuinely looking at the larger picture of the country’s progress in the war against corruption.

a�?During the 7th  session  of the Conference of State Parties to the United Nations Convention Against Corruption in Vienna,  Austria , the Chairman of the Agency  Ibrahim  Magu noted that the figure represents $2.9 billion dollars.

a�?Besides these impressive recoveries of looted funds, the EFCC has recorded more than 140 successful prosecutions.

a�?The Federal government has also signed international agreements to recover the proceeds of corruption and to block the laundering of stolen assets abroad by public officials.

a�?Anybody who knows where Nigeria was coming from would not believe that corruption is worse under the Buhari administration.

a�?We wonder where they got their facts from. At a time, they are alleging increase in the  incidence  of corruption under this government, the whole of Africa is applauding by choosing President Buhari as the continental Champion to lead the fight against it. Nothing can be more eloquent than this.

a�?In the end, this whole episode may turn out to be just a political distraction, given the strong views some of TI’s patrons have expressed against the Buhari Administration.

a�?This notwithstanding, facts are facts, and those facts won’t cease to be facts even if you don’t care to pay attention to them.a�?

Consular Services Are Available At The United States Embassy In Nigeria