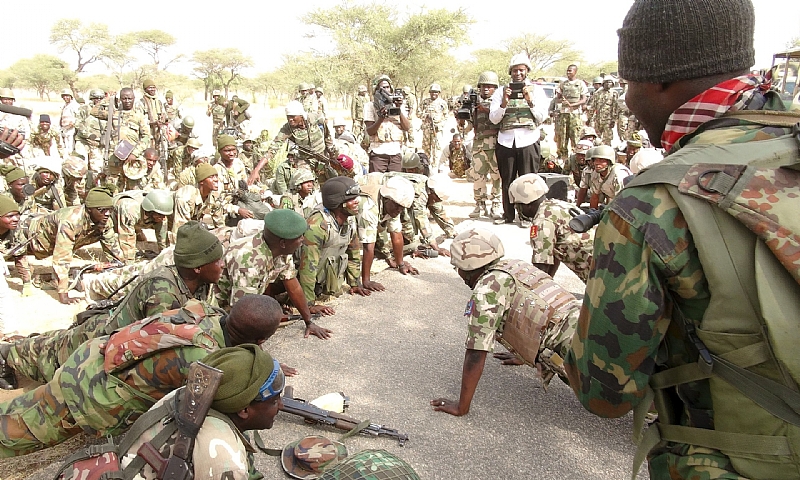 The Theater Command, Operation Lafiya Dole and the 7 Division of the Nigerian Army have held a combined Nigerian Army Social Activity (NASA) 2018.

“I congratulate officers and soldiers of the command for sucessful Operation agaunst Boko Haram in 2018. I urge you to advance more in 2019. We will not relent untill we completely wipe out Boko Haram insurgency in the Northeast and restore peace back to the region”.theatre commander stated

While appreciating the support of the sister security agencies and the government and people of Borno state , General Akinroluyo stated that the military will not rest on its oars untill they restore peace back to Northeast..

Also speaking at the occasion, Governor Kashim Shettima who was the Special Guest of Honour said the ocassion will remain memorable to officers and solders of the command as well as other security agencies and the civilian populace as it will not only provide an opportunity to the troops to unwine but gives the troops the opportunity to socialize wuth their host community.

The Governor who was represented by his Deputy, Alhaji Usman Durkwa said “the Borno state government will continue to support the military in disciminating the Boko.Haram insurgents and other crimes in the state..

General Biu said ” I appreciate and thank God for a successful fight against Boko Haram in 2018 in the Northeast. I also commed officers and soldiers of the command for your doggedness”.

I also appreciate the COAS and the theater commander for their fatherly advise and guide.”

He said following a sucessful operatio n in 2018, many roads has been reopened and economic activies are picking up. Many IDPs have reurned to their communties, as such the troops of the command deserves to celebrate the NASA.

He said ” I commend the support and synergy of our sister security agencies in the fight against insurgency. we are determined to wipe out Boko Haram insurgents and restore peace back to the Northeast”.

The event witnessed by Kanuri, IGbo, Yaruba, Babut, Bura and TIv cultural dances as well as Drama and tug of war to the adomiration of the guests.