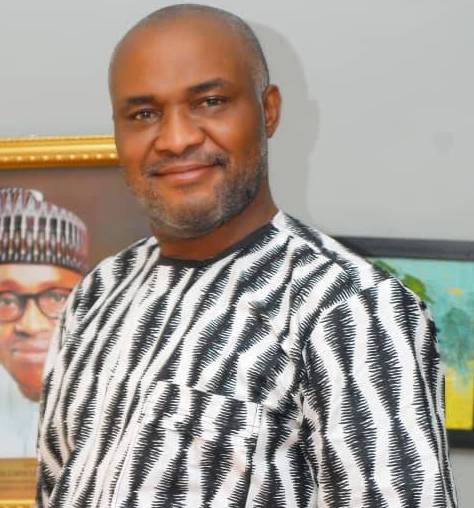 Nigeria has assumed the notorious position of the third most impacted terrorism afflicted sovereign nation globally just after Afghanistan and Pakistan.

In its report: “Changing patterns in terrorism and the threat to business” Control Risks, the specialist global risk consultancy, finds that the number of incidents rose from 317 in 2013 to 1,549 for the period of April 2017 to April 2018.

The researchers also discovered a shocking variable whoch goes to show that while some of the attacks are inspired by the so-called Islamic State that loses its grip in its Middle Eastern heartland, the drivers behind this rise in sub-Saharan Africa are more complex. I must confess that as a civil society activist with considerable passion for the meticulous study of the diverse ramifications of the growing global trends of terrorism, the resurgence of armed attacks by these terrorist elements in the North East of Nigeria portends even much more sinister dimension than this report envisaged. Lets keep reading the report which narrates the ever growing notoriety attained by Boko Haram terrorists who started off as mere ragtag Isamists to the current global position as the third World's deadliest terrorists.

As aforementioned, Jean Devlin, Partner and Head of African Analysis at Control Risks, explains: “Many factors lie behind this, including the local dynamics of long-standing conflicts and insurgencies. In East and West Africa, the increase in attacks has several drivers: Although security forces in affected countries have for the most part been able to reduce the capability of militant groups to hold onto and control territory, this has pushed them to engage in asymmetric warfare against civilian ‘soft targets’. Security forces are struggling to comprehensively degrade the capability of these groups, and as a result the threat is proving resilient despite gains made.”

In West Africa, where 36 per cent of the incidents were reported, Nigeria suffered most (220 incidents), followed by Mali (194) and Cameroon (96), the researchers affirmed.

The researchers disclosed that they also looked at all types of terrorist activity, government, military and security forces, and their installations typically top target lists across the world.

Their analyses revealed that retail and road top the list of civilian sectors affected by Islamist militancy globally – something that is mirrored in sub-Saharan Africa where vehicles and road infrastructure such as bridges are most targeted, particularly in Nigeria, Mali, Kenya and Somalia.

Targeting these areas they reasoned, allows Islamist militants to hit civilians and government/ security forces alike, as the latter congregate in the respective facilities or use the infrastructure for movements. If this report isn't frightening enough then wait for another emerging discovery which not only confirm the lack of inter agencies' synergies in the ongoing counter terror war but disclosed an entirely apocalyptic scenario that indicted some security agents in the fueling of these terror attacks that have become much deadlier.

On December 11th 2018, an investigation by The Next Edition, an online newspaper, reported that Nigerian security operatives are significantly sabotaging the government’s efforts to eliminate Boko Haram as they aid the funneling of huge volumes of petrol and other fuel products to the deadly group.

The newspaper, in its week-long investigation, reports that soldiers, police, customs, immigration and civil defense operatives frequently receive bribes and turn a blind eye as fuel marketers and smugglers divert truckloads of petrol and foodstuff to Boko Haram enclaves in Nigeria and neighbouring countries.

During interviews with security operatives, marketers and undercover exploration of the dark market, the newspaper obtained details of the well-coordinated transactions and is able to provide a glimpse into a largely unreported and unregulated operation that has clearly fed the insurgency in the Northeast and helped prolonged the nine-year war. This frightening investigative findings were corroborated by a very senior military who told me in a private conversation today thus: “Emmanuel, if you noticed that for three years we have consistently pushed back these terrorists and stopped them from ever gaining control of any of our tertitories and now there is a resurgence of attacks, it goes to show that there is a problem which can't be blamed on the leadership of the military”. I agree. Chinua Achebe typically narrated that Nigeria's problem is fundamentally that of poor leadership but in the area of the counter terrorism war, the leadership of the military have shown thr greatest degree of leadership excellence. I do think that the political leaders must stop frustrating the war on terror. I think the releases of boko haram terrorists in the guise of being repentant fighters does more harm and fuels further attacks. The failure to sufficiently prosecute terrorists amounts to a violation of international law which i will establish in the following citations from one of the most professionally and professorially written texts.

The book states: “A twin-track approach has been adopted, dealing both with particular manifestations of terrorists activity and with a general condemnation of the phenomenon. In so far as the first is concerned, the UN has currently adopted fourteen international conventions (and four amendments) concerning terrorism, dealing with issues such as hijacking, hostages and terrorist bombings. Many of these conventions operate on a common model, establishing the basis of quasi-universal jurisdiction with an interlocking network of international obligations.”

The author also stated that: “The model comprises a definition of the offence in question and the automatic incorporation of such offences within all extradition agreements between states parties coupled with obligations on states parties to make this offence an offence in domestic law, to establish jurisdiction over this offence (usually where committed in the territory of the state or on board a ship or aircraft registered there, or by a national of that state or on a discretionary basis in some conventions where nationals of that state have been victims) and, where the alleged offender is present in the territory, either to prosecute or to extradite to another state that will.” As can be seen clearly, the failure to prosecute terrorists is fueling the resurgence of armed attacks by these terrorists.

I say the above because as established in this book on international law bring quoted, we are told that: “In addition, the UN has sought to tackle the question of terrorism in a comprehensive fashion. In December 1972, the General Assembly set up an ad-hoc committee on terrorism and in 1994 a Declaration on Measures to Eliminate International Terrorism was adopted.”

This the author reminds us, condemned ‘all acts, methods and practices of terrorism, as criminal and unjustifiable, wherever and by whomever committed’, noting that ‘criminal acts intended or calculated to provoke a state of terror in the general public, a group or person or persons or particular persons for political purposes are in any circumstance unjustifiable, whatever the considerations of a political, philosophical, ideological, racial, ethnic, religious or any other nature that may be invoked to justify them’.

The author who is a renowned British Professor of law and a top flight litigation lawyer maintained that States are also obliged to refrain from organizing, instigating, facilitating, financing or tolerating terrorist activities and to take practical measures to ensure that their territories are not used for terrorist installations, training camps or for the preparation of terrorist acts against other states”.

“States are further obliged to apprehend and prosecute or extradite perpetrators of terrorists acts and to co-operate with other states in exchanging information and combating terrorism,” (From the book “International Law” Seventh Edition by MALCOLM N. SHAW).

As can be deciphered from the citations of international laws, a question would then become imperative: how come the Nigerian political authority has not transparently provided the needed sophisticated combat weapons to soldiers even when Nigeria has a professionally competent and patriotic military hierarchy?

The Nigerian political authority should therefore be told to do the needful to ensure that the resilient Nigerian military, who have successfully maintained the highest control of all our territory and keeping away terrorists in the last three years of taking over any territory, are motivated much more adequately equipped. I admit that our military have fought in a gallantryfashion with the wrapons at their disposals, they need to be much more equipped and motivated to decapitate these terrorists. All Nigerians must support this counter terror war.

This is so because although it is the constitutional duty of the armed forces to maintain and safeguard Nigeria’s territorial integrity, the few setbacks recorded so far in the battle fields leading to some casualties on the part of the Nigerian soldiers, should stimulate in all of us as citizens the inherently existential need to support our military and to truly see the ongoing terror war as a collective assignment by all citizens to restore normalcy and peace.

A broad reading of section 14 (1) of the constitution supports my assertion that the counter terror war should be seen as everybody’s duty. That section encourages us to support the military.

Specifically, section 14 (1) stated thus: “The Federal Republic of Nigeria shall be a state based on the principles of democracy and social justice. It is hereby, accordingly, declared that – Sovereignty belongs to the people of Nigeria from whom government through this constitution derives all its powers and authority; the security and welfare of the people shall be the primary purpose of government; and the participation by the people in their government shall be ensured in accordance with the provision of this constitution.”

The call for citizens support of the counter insurgency war is further boosted by the story emanating today that the United States has tagged the terrorist group, Boko Haram, as one of the “entities of particular concern”.

The U.S. Secretary of State Michael Pompeo in a statement also listed alongside Boko Haram other groups including ISIS, Al-Nura front, Al-Qa’ida in the Arabian Peninsula, Al-Qa’ida, Al-Shabab, the Houthis, Isis-Khorasan, and the Taliban as entities of particular concern.

The US top diplomat in the statement explained that the listed countries have engaged in or tolerated what it describes as systematic violations of religious freedom under the International Religious Freedom Act of 1998.

“In far too many places across the globe, individuals continue to face harassment, arrests, or even death for simply living their lives in accordance with their beliefs. The united states will not stand by as spectators in the face of such oppression,” the statement read in part.

According to him, protecting religious freedom is vital to ensuring peace, stability, and prosperity across the world.

Mr. Pompeo also regretted that in far too many places across the globe, individuals continue to face harassment, arrests, or even death for simply living their lives in accordance with their beliefs.

“The United States will not stand by as spectators in the face of such oppression. Protecting and promoting international religious freedom is a top foreign policy priority of the Trump Administration.

“In July, I hosted the first-ever Ministerial to Advance Religious Freedom, which brought together some 85 like-minded governments and more than 400 civil society organizations to harness global attention and motivate forceful action to advance respect for the human right of religious freedom,” he added.

Pompeo also reiterated the commitment of the United States to working with governments, civil society organizations, and religious leaders to advance religious freedom around the world.

Conclusively, we as citizens must bury our ideological differences and view the counter insurgency war not as the exclusive duty of the hard working and resilient Lieutenant General Tukur Yusuf Buratai or the other service chiefs or the combatants but we must look at their effort to eradicate threats of armed terrorism as a collective responsibility for the sake of our Children and the coming generations. Lets do this to preserve our future. This is not thefor politics but time to rescue our nation. Let's support our combatants and the military hierachy and pray for their success in line with best global practices.

Book Review: A New Anthology on African Perspectives of Feminism is out

60 thoughts on “Counter Terrorism as a Collective War”