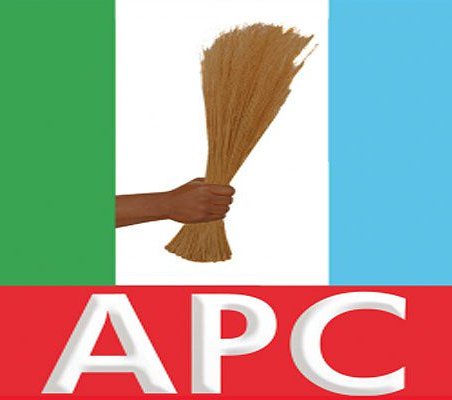 The All Progressives Congress (APC) in Delta State has denied reports that a Federal High Court sitting in Asaba, has restrained the National Working Committee (NWC) of the party from submitting the list of party candidates for the 2019 election from Delta State to the Independent National Electoral Commission (INEC).

In a statement made available to newsmen in Asaba on Wednesday by the legal adviser of the APC in Delta State, E.V. Onojeghuo Esq, the party described the report as false and lies cooked to deceive party faithful and cause disaffection in the party and amongst members of the public.

Read the full statement below:
The attention of the All Progressives Congress, Delta State has been drawn to the above-mentioned subject currently being circulated in various social media platforms and news outlets.

This case was instituted by one Chief Cyril Ogodo who participated and lost the congresses to elect a new executive committee. In his claims before the honourable court, he is seeking amongst other things a declaration as the authentic State Chairman of the Party and order restraining defendants from submitting names of candidates to INEC.

On 16th October 2018, when the case came up, the defendants informed the Court of their inability to file responses to the Claimants application for injunction. After much argument, the case adjourned to today the 17th of October for hearing.

In today's proceedings, Counsel George Onaho Esq for the 1st and 2nd defendants (APC and the National Chairman) served their Counter affidavit and the Notice of preliminary objection to the jurisdiction of the Court. The counsel for the Claimants O.J. Oghenejakpor asked for a stand down to react to the preliminary objection which was granted.

At this point, the honourable court informed O.J. Oghenejakpor the counsel to the Claimants that the motion for interlocutory injunction cannot be taken as the prayers in the motion are substantially the same as the main reliefs in the substantive suit. The court thereafter adjourned the matter to 1st and 2nd of November 2018 for accelerated hearing of the substantive case and preliminary objection to be taken together and the parties to maintain status quo.

The implications of today's proceedings are:
1. No Order restraining the defendants was made by the honourable court.

2. The status quo to be maintained simply means that the State Executive Committee under the chairmanship of Prophet Jones Ode Erue remains the authentic structures in the State.

3. It stands logic on the head to assume that the Court has technically restrained the defendants by asking parties to maintain status quo when the honourable court has rightly observed that the motion for interlocutory injunction carries the same reliefs as the substantive suit and even refused to entertain the said motion.

4. The defendants are therefore at liberty to carry out their constitutional duties as there are no legal restraints imposed by the honourable court.

In the light of the above, we appeal to all faithful members of our great Party to remain calm and not be sway by social media pranks as the records of the Court are sacrosanct.

Save Lagos Group (SLG) To Lead A One -Million-Man Rally, "Otogee In Lagos" Against Lagos "Impostor"