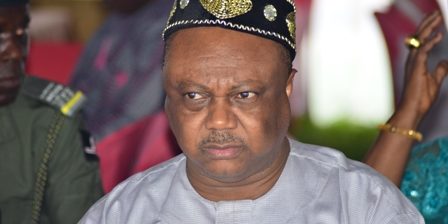 The plaintiff, Rt. Hon. Engr. Victor Ochei, disatisfied with the conduct of the APC primaries approached the court, seeking a cancellation of the primaries and render it invalid.

Ochei’s prayers among others include the invalidating the results of the APC primaries, and that the list of delegates used at the primaries was not that envisaged by the consent judgement.

Also that the aspirant did not get any advanced list of delegates prior to the APC primaries.

Justice Nnamdi Dimgba in his judgement ordered the cancellation of the APC governorship primaries that produced Chief Great Ogboru.

He said four of the five reliefs sought by the plaintiff succeeds while relief 4 was not granted due to the effusion of time.

He said ,”All the reliefs sought in this suit are similar with those for which Justice Adegoke pronounced judgement on, so grant reliefs 1,2,3,5. But reliefs 4 is refused because the governorship election is over and the relief is spent.”

In arriving at the judgement Justice Dimgba said the Federal High Court has one jurisdiction and as such cannot be seen giving discordant judgement.

He said, “Having considered the decisions reached by the Federal High Court in the case of Cyril Ogodo which has similar reliefs and the fact that some of the defendants in this suit are the same,the court has decided to follow the decisions arrived at in the Ogodo case.”

Onnoghen: APC in Senate caucus says it's not part of decision to approach Supreme Court