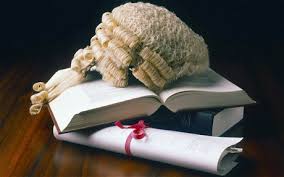 Ayo was said to have committed the murder on the 5th day of August, 2017, around 06:50am at the Old-Garage in Osogbo by unlawfully killing one Bintu with a gun.

The accused, popularly known as ‘Baba Esu’ (father of devil) was also said to be a member of an unlawful society known as “Aiye Black Axe Secret cult”

Mr. Okobe Najite represented the accused in court. The bail plea of Akinleye was not taken owing to the magnitude of the case.

The Magistrate, O. A. Ayilara ordered that the accused be remanded in Ilesha prison custody. Ayilara adjourned the case till 30th of March, 2018 for mention.