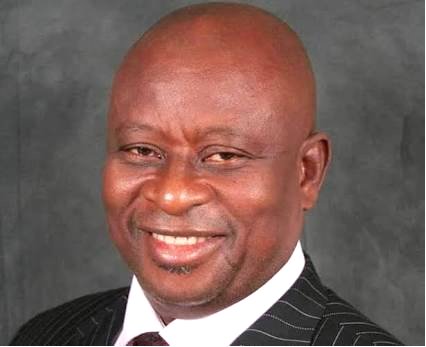 The former Minister for Education, former chairman of the Legal Aid Council of Nigeria and renowned industrialist, Olorogun (Barr) Kenneth Gbagi has charged Nigerians to put to effective practice, safety health procedures and strictly adhere to all precautionary measures put in place by the authorities in the light of the outbreak of the Coronavirus (COVID-19) pandemic currently ravaging the globe.

Although, a well grounded criminologist, lawyer, industrialist, seasoned security expert, exemplary leader and philanthropist, Gbagi has always been at the front line of creating health awareness in Delta State, with an inclined ear, he has tended to the health concerns of all and sundry around him and this is a lifelong commitment he has consistently demonstrated by a series of community healthcare trust fund set up through his foundation, Gbagi Foundation.

One of such philanthropic gestures is the N10 million community primary health care Fund for physically challenged persons in Delta State the application of which prompted a focus on devising ground breaking medical solutions for the plights of physically challenged persons in the State. In addition to this streak of benevolence, he built a health centre with state-of-the-art medical facilities to cater for the medical needs of those in his immediate community.

In a warm reception accorded to press men at his residence in Abuja, the industrialist noted that the world is experiencing one of the worst pandemics since the Bubonic Plague which swept across Europe, the Mediterranean port cities, the Flu pandemic, as well as the Cholera pandemic which tore across Asia, Europe, North America and Africa at the time.

‘This ravaging pandemic which seems to have held the world hostage has become a source of great worry globally. Though, with far reaching implications, these trying times will prove a litmus test of mankind’s collective resolve to brace up and stand firm in the face of this pandemic as it has done in the past’

While further expressing his concerns, the business mogul cautioned that now is the time for humanity and people across all divides to unite and deploy the best of minds and resources to combat the pandemic which he, Gbagi described as ‘a common enemy’ adding that the current realities of the global economy is not only saturated with steep decline in stock prices but also, requires swift capital injection to help cushion the austerity foisted by the pandemic on countries across the globe.

‘Of great concern is the global impact and gloomy financial projections the pandemic is having on the global market with sharp cuts and fall in stock market prices as seen on the US Dow Jones Industrial, UK FTSE, German DAX, Japan NIKKEI, and even the Brent Crude, etc. The negative impacts are overwhelming and the effects of which may occasion a reordered global economy’

Gbagi, while admonishing Nigerians to adhere to safety health practices and other recommended measures, commended the resilience and steadfastness shown so far by the authorities, stakeholders, and all members of the medical community working round the clock to tackle and arrest the pandemic in Nigeria, noting that more than ever before, all hands must be on deck to sensitize the general public and create awareness among the populace to ensure that the pandemic is contained.

Furthermore, the 2023 Delta gubernatorial hopeful lauded the commitment, foresight and high level of proactive measures currently being put in place by the indefatigable Dr. Ifeanyi Okowa.

‘The Executive Governor of Delta State, His Execllency, Dr. (Senator) Ifeanyi Arthur Okowa is a rare breed and a quintessential leader who has consistently demonstrated through his people oriented policies, that, at all times, the people comes first. The level of foresight displayed by Governor Okowa doesn’t come as a surprise at all and this is because, apart from being a consummate medical doctor and former Commissioner for Health in state, Governor Okowa understands the underlying tenets of governance and he has never ceased to bring these to bear in his administration.

I therefore urge all Deltans within and outside the state to ensure that they do not falter in their continued support for the Governor whom I believe is a forward thinking man of character, discipline, accountability, commitment and passion.

Be Your Brothers and Sisters Keeper- Osodieme Urges Ndi Anambra

Those who failed to vote shouldn’t criticise government – Remi Tinubu