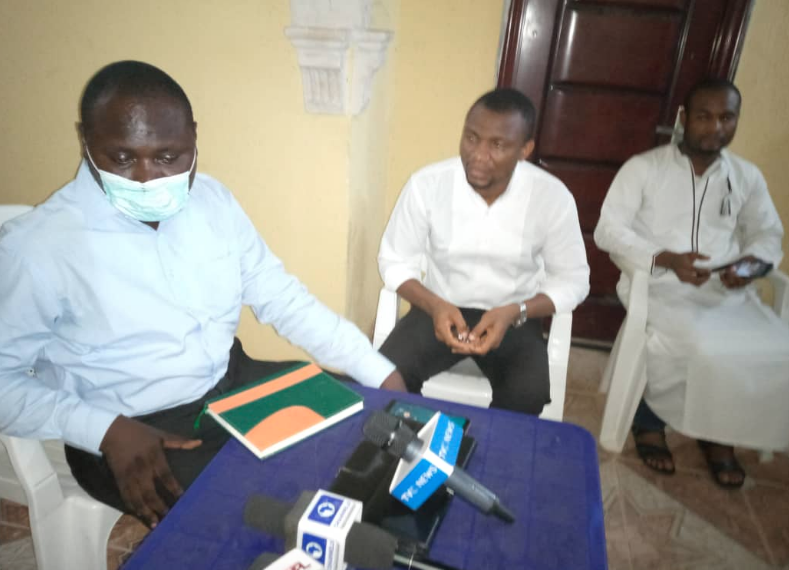 Resident Doctors in Asaba, Delta State have shutdown all their services in this period of Coronavirus pandemic to protest what they called incessant molestations and harassments by the Nigerian Police and to press home their 4-point demands, which they said Government must meet.

Briefing journalists at the Nigeria Union of Journalists (NUJ), Press Centre in Asaba, the President, Association of Resident Doctors, Federal Medical Centre (FMC), Asaba Chapter, Dr. Nwabunor Osifo, said they call on their members to down tool after critically analysing police brutality against their members, especially in this period of Covid-19.

He said a member was refused passage at Okpanam while on his way to work, even after proper identification.

He stressed that when the information got to them, some of them went to the scene to resolve the matter but in the process were brutalized and tear gas used on them, especially the Medical Director.

The group through its leader demanded that: Police and other security agencies must allow medical personnel free access to their places of work without molestations henceforth, that the items such as phones and other personal belongings, which they destroyed in the process of brutalizing its members should be replaced, that adequate security should be provided for medical personnel in the State capital and beyond and their safety guaranteed, they bemoaned the paucity of protective kits for health workers as they fight Covid-19, urging the federal and state governments to ensure their protection and safety, especially at this time. They listed life insurance, increment in allowances and other incentives to be provided for them as obtainable for medical personnel in other countries.

Dr. Osifo maintained however, that even though the hypocritical oath makes it impossible for doctors to abandon their duties in a period of emergency such as this, their lives and safety were equally important.

According to him, “We are not callous, we feel for patients too. But our safety must be guaranteed first. We are humans too.

“Based on this brutality of our members on the part of the Police, we are declaring a total shut down.

“Though the Commissioner of Police, CP Hafiz Inuwa and the Delta State Governor, Senator Ifeanyi Okowa have waded in with a view to have the issues resolved, we will continue this indefinite total shut down of all our services until our demands are met”, Dr. Osifo said.

Meanwhile, in a telephone conversation, the Commissioner of Police, CP Hafiz Inuwa confirmed the incident, but insisted he had settled the matter with the Resident Doctors in a meeting with them and the NMA Chairman and CMD of FMC.

He wondered why the doctors should go ahead to still insist on shut down of operations after agreeing to settlement.

The CP affirmed that the two male officers and a female inspector involved in the dispute had been arrested and detained.

He posited that while the officers would be queried, the female inspector would be demoted and tried.

His words, “I take full responsibility for every action of these policemen and woman. They are under me even though I cannot move into them to enforce discipline and professionalism. That’s why I have taken liability for everything the Resident Doctors have demanded they should replace.

“But I am surprised that even after resolving the matter for hours in my office and in the presence of the NMA Chairman and CMD of FMC, they still went ahead to brief the press and insisted on downing tools, even at this critical moment of our history.

“I will continue to sue for peace. We need the doctors at this time of Covid-19. Everybody is equally important. There must be synergy as we work to bring this pandemic under control. As for the Command under my watch, we will continue to enforce compliance for the stay at home order in such a manner that should not jeopardize the confidence of the people in the Police Force”, CP Hafiz posited.

BREAKING: Nigeria Bans Entries From China, Italy, Others Over Coronavirus