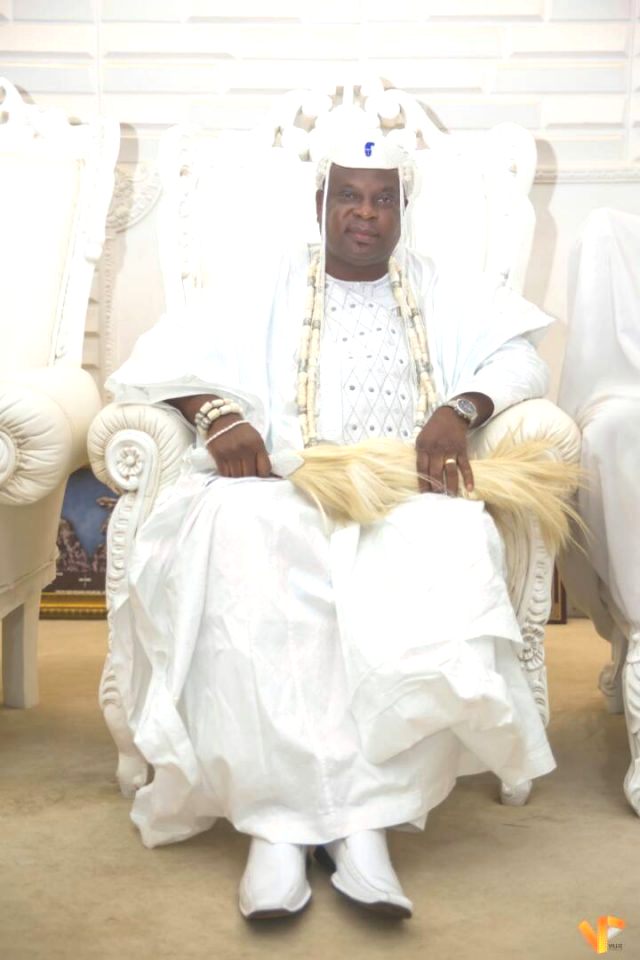 Presenting the staff and instrument of office to the new monarch at the Ansarudeen School playground, venue of the coronation,on the 10th May 2018, Amosun called on people of Ota and Aworiland to cooperate with their traditional Institutions for peace, progress and development of the section of Ogun State.

Ajibola said he was gratified that the monarch was selected during his meritorious service to the institution which prides itself as citadel of academic and moral excellence.

Kaabiyesi Obalanlege, veteran journalist and public relations guru had lectured Digital Advertising & PR Campaign Management, News writing & Editing and other allied courses at postgraduate and undergraduate levels respectively for several years and also rose to the position of Sub Dean in the College of Arts, Social and Management Sciences (CASMAS) of the institution before his selection and ratification as the reigning Olota of Ota,Awori Kingdom.

It should be recalled that HRM Oba Obalanlege had served on the editorial board of ThisDay newspapers before becoming a senior lecturer at the Crescent University,Abeokuta where he made his marks as a distinguished academic and university orator until he emerged as Olota-elect.

Amosun enjoined the new Olota to unite his subjects and ensure peace in his domain, pledging that his administration would not relent in its drive to strengthening traditional institutions in the State.

Highlighting the importance of traditional institutions to the socio- economic development of the society, the governor also admonished the new Oba to work with other traditional rulers in the State towards engendering unity, peace and development across the State.

In his acceptance speech, Oba Adeyemi Obalanlege appreciated the Ogun State governor and dignitaries present and assured all and sundry that Awori land would keep progressing during his reign.

Alleged N100b To Herdsmen: You Are Dinning With Criminals, Iyc Accuses Federal Government