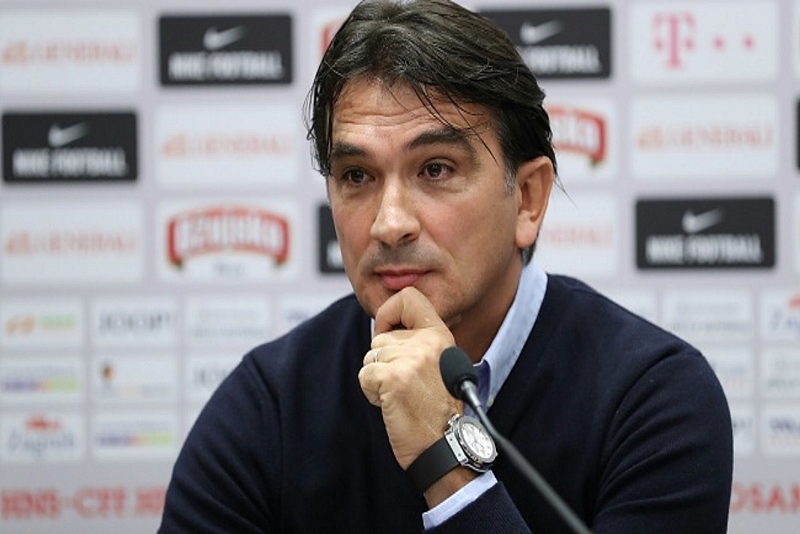 Croatia National Team Coach, Zlatko Dalic has described the Super Eagles of Nigeria as Young, Potent and Hungry as he reiterates the importance of his team result against Nigeria.

Nigeria and Croatia will slug it out in the first match of the 2018 World cup in Russia.

Dalic also describes Real Madrid Star, Luka Modric as Croatia livewire of the team in an Interview with FIFA Website.

a�?Iceland was the best team in our group. We know them very well and had a tough loss against them in Reykjavik.,a�? Dalic began.

a�?Argentina are obviously one of the favorites to win the World Cup, while I see Nigeria as a young, potent and hungry team with great potential. That first match against Nigeria is very important a�� it will set the tone for the rest of our tournament.a�?

Dalic described Real Madrid star midfielder Luka Modric as the livewire of the Croatian team but however stated that the main strength is in their unity.

a�?For Croatia, he (Modric) is our best player a�� hea��s the engine that makes us go. Hea��s also a captain who leads by example. He always gives his maximum, he sets high standards with his attitude, aggression and energy on the pitch, and with his behavior off it.

a�?We have good players in big European clubs, so obviously we have great individual quality in the likes of Modric, Mandzukic, Rakitic, [Ivan] Perisic, Kalinic and others. But our main strength has to be the team.

a�?I believe that pride and patriotism shown by our players when playing for Croatia is a very important attribute. Thata��s something we need to combine with our quality; if we do that, wea��ll have a good chance of reaching our goals.a�?

And on his plans ahead of the World Cup, he said: a�?I plan to travel and meet with players and their club coaches, to talk about their status and form. I am focused on only choosing fully fit players, and they know that.

a�?We also have two great friendly matches in March against Peru and Mexico in USA, and I hope to have two more strong opponents in June. We want to see how good we are and what we need to improve on before the World Cup, and to play teams with similar styles to those wea��re going to face in Russia.a�?