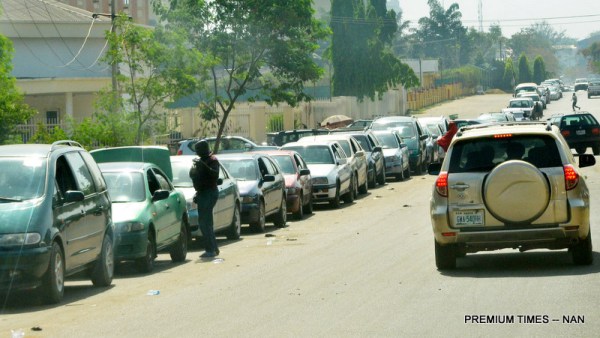 Despite the fact that Nigeria is one of the major oil producing countries in the world, Nigerians still experience fuel scarcity during Christmas and New Year celebrations.

This development has forced this reporter to investigate the circumstances that drove the nation in to the current economic ragamuffin.

Hence, as a way of finding solution to the intermittent fuel scarcity in the country, the Nigerian government introduced what is called Offshore Processing Arrangement (OPA) and Crude Oil Swap regime which the Nigerian National Petroleum Corporation (NNPC) allocates crude oil to oil trading companies in exchange for processed petroleum products.

But this reporter observed that the Crude Oil Swap regime now known as DSDP lacked total transparency as it only served vested interests as against national interest.

Investigation further revealed that the DSDP programme also lacked ethnic balancing as participating companies does not have national spread to distribute PMS to all parts of Nigeria.

This is probably why the Christian Association of Nigeria (CAN) accused the Federal Government of conspiracy against Nigerian Christians. The Christian body in a statement asked why is it that fuel scarcity only resurfaces during Christmas and New Year celebrations in the country?

In similar vein, analysts are of the view that Nigeria is at the losing end as it never get real value from the deals. For Instance, the Nigerian Extractive Industry Transparency Initiative (NEITI), an extractive industry watchdog in its 2015 report estimated that Nigeria lost $966 million to crude oil swap deals between 2009 and 2012 as well as billions of naira in subsequent years until it was canceled in 2016.

Because of the criticism that trailed the oil swap regime, the NNPC in 2016 replaced it with a new import scheme called Direct Sales and Direct Purchase programme (DSDP) since the earlier OPA and crude oil swap regime short changed Nigeria.

However, critics are saying the new DSDP programme is like an old wine in a new bottle because the scheme which means direct sales of crude oil to refineries or consultants who in turn supply NNPC with the refined petroleum products is not effective and error free.

This year’s DSDP contract kicked off on April 1st and is expected to last for one year. The worth is over $6 billion if the crude oil price remains at $45 per barrel.

No fewer than 128 local and international oil and gas companies in February submitted bid to participate in the programme, but only 10 companies were chosen. The yardsticks or parameters used in selecting the 10 companies as well as their terms of engagement remains opaque as there was no atom of transparency in the entire process.

The said agreement for the lifting of over 300, 000 barrels of crude oil per day in exchange for imported fuels was signed with a foreign company as a partner.

Whether the 10 chosen companies have the capacity to meet the 35 million litres of fuel needed nationwide on daily basis is a different story.

Despite the new import scheme coupled with the fact that NNPC gets 445, 000 barrels of crude oil per day for its local refineries, Nigerians still experience fuel scarcity!

Meanwhile, contrary to claims by the NNPC that marketers who hoard fuel commodity are responsible for the current fuel scarcity, the Depot and Petroleum Products Marketers Association (DAPPA) has come out to disprove the NNPC saying the scarcity is as a result of NNPC’s inability to send refined products to their members.

According to DAPPA’s Executive Secretary, Mr. Olufemi Adewole: ”Our members depots are presently empty. However, if the PPMC/NNPC can provide us with petrol, we are ready to do 24-hour loading to alleviate the sufferings of Nigerians and for the fuel queues to be totally eliminated.”

Mr. Adewole further stated that ”While all kinds of allegations have been made in the media, it is important to set the records straight as Nigerians first and as responsible business men and women who employs Nigerians … As at today, NNPC has been the sole importer of PMS (fuel) in to the country.”

In similar vein, the Chairman, Integrated Oil and Gas Ltd, Capt. Emmanuel Iheanacho said ” The inability of NNPC to create a window for private importers to import petrol also contributed to the scarcity.”

The unanswered question is what is the essence of Crude Oil Swap now known as Direct Sales and Direct Purchase scheme when it cannot forestall fuel scarcity in the country?

What is NNPC doing with the 445, 000 barrels of crude oil allocated to it daily?

Why is our depots empty without fuel when we have NNPC and 10 other companies lifting crude oil from Nigeria?

How come the Depots and Petroleum Products Marketers Association whose members controls 65 percent market share in the down stream sector goes without fuel whereas some little known companies without national spread in their distribution capacities get the product at ease?

Until some of the questions raised here are answered by relevant bodies, Nigerians will still wallow in intermittent fuel scarcity without hope of elimination.

A Tribute To The Warrior

July 14: Nigeria and Ondo’s Mistake Ekiti People must not Make

History as a Vehicle for National Development