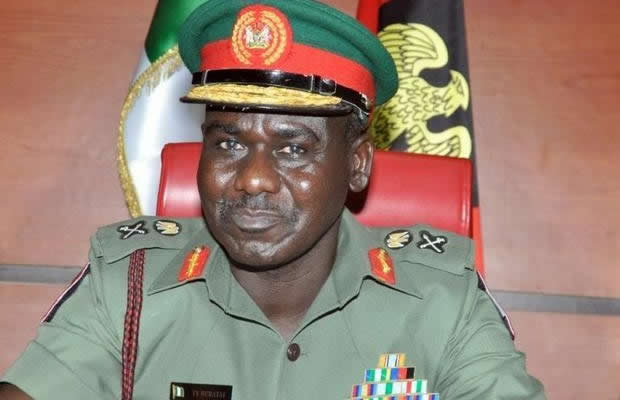 The National Committee of Yoruba Youth and the Coalition of Civil Society Groups Against Terrorism in Nigeria have described the recent rumored attack, on the Chief of Army Staff, Lieutenant General Tukur Yusuf Buratai, by the Boko Haram insurgents as a mere imagination, of desperate enemies of the war against terrorism in Nigeria, and a further confirmation of the groups earlier position, that some desperate ‘political merchants’ are behind the renewed activities of the insurgent group, in the North Eastern part of the country. We have also observed that the Nigerian Army and it’s leadership are of late a subject of a well funded and orchestrated campaign of calumny by some political desperadoes and merchants who are willing to pull down this great nation for self serving political purpose.

The groups in a statement issued on Sunday December 10, 2017 in Ibadan, and jointly signed by its Convener and Secretary, Comrade Oladimeji Odeyemi and Barrister John Atani, condemned what it termed “seditious and orchestrated campaign against the Nigerian Army by desperate political merchants”.

The group said the Army have continued to give their best towards ensuring that that the country is rid of terrorism and terror related activities , and that every patriotic Nigerians know, that the country, through the efforts of the Nigerian Army, have made lots of gains in the war against terrorism, especially when we consider that under the leadership of General Tukur Buratai as the Chief of Army Staff, Nigeria was able to reduce the number of deaths from terrorist attacks by 80 percent.

The statement further said, that “this is not just significant, considering the number of casualties that this country have recorded in terror related incidences over the past 10 years but also signifies the gains that the administration of President Muhammadu Buhari has continued to record in the war against terrorism. This should also send one important message to the Political Detractors of the military operations, particularly the efforts of the Nigerian Army in the North east, that our army have been able to ensure the security of lives and properties more than in the past and lives are now safer than it used to be”.

“We are aware, that the polity is already getting heated up, especially as politicians have began their usual struggle for power towards 2019. And for anyone who have followed the trend since the current administration of President Muhammadu Buhari took over, one of its Cardinal focus is to squarely address the issue of Boko Haram terrorism, hence, the commitment of our Army towards defeating Boko Haram and recovering our lost territories. It has therefore become a major issue in the political circle and we are not surprised, that professional politicians are already at work, willing to use every available tool to bring the achievements of the Nigerian Army into disrepute and also to destabilise its operations, through their seditious campaign”.

The group therefore called on Nigerians to continue, in giving the needed support and prayers, to the leadership of the Nigerian Army, its men and officers, as the nation struggles, to totally eliminate, the remnants of the insurgents, and restore peace, to the troubled North east and every other parts of the country, the statement concluded.