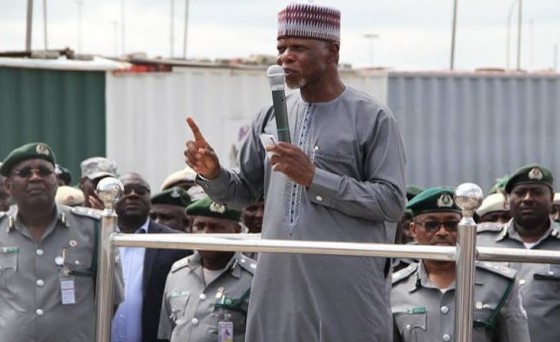 The Nigeria Customs Services (NCS) has created four bonded terminals in the South-East to boost economic activities in the zone, an official has said.

The Assistant Comptroller of Customs in-charge of ICT, Apeh Fateh, disclosed this in Enugu on Tuesday at a sensitisation on the rollout and implementation of Nigeria Integrated Customs Information System (NICIS II) in the command.

He said that the terminals would be integrated into customs bonded terminals as they had been licenced and were at the last stage of coming into operation.

The assistant comptroller said that when operational, the terminals would boost business activities in the zone as more goods would be cleared in the terminals.

He said that the expected boost in business activities and the need to safeguard government revenue necessitated the roll out of the NICIS II. NICIS II is a process where all payments into customs accounts are automated, bringing an end to the manual payment still in vogue in the command.

Fateh said that with the launch of the scheme, which was introduced in 2017, all government revenue had become automated.

He said that there were issues with manual payment, which made the new regime expedient, adding that the zone had yet to migrate to automated payment.

He said that the zone was very important to the Nigeria Customs Service considering the business status of Onitsha and Aba.

Fateh also said that Nigeria Customs had resolved to scale up its presence and activities at the Akanu Ibiam International Airport, Enugu, by introducing the Passenger Baggage Entry System in the facility.

“The Passenger Baggage Entry System is a situation where passengers make payments on dutiable items they are travelling with.

“This is the standard practice in all international airports,” Fateh said.

Earlier, the Customs Area Comptroller, Jammal Adediran, described NICIS II as a new programme that would facilitate trade and bring all stakeholders together.

Adediran expressed delight that bonded terminals were springing up in the command, adding that more were expected.

He said that the automated system of payment was a clear indication that Nigeria Customs Service had a good hand that could deliver in technological innovations.

The programme was attended by freight forwarders, excise factories, agents, financial institutions and others.

Reducing The Threat Of Unemployment In Nigeria Through Government Support For Technical Education.