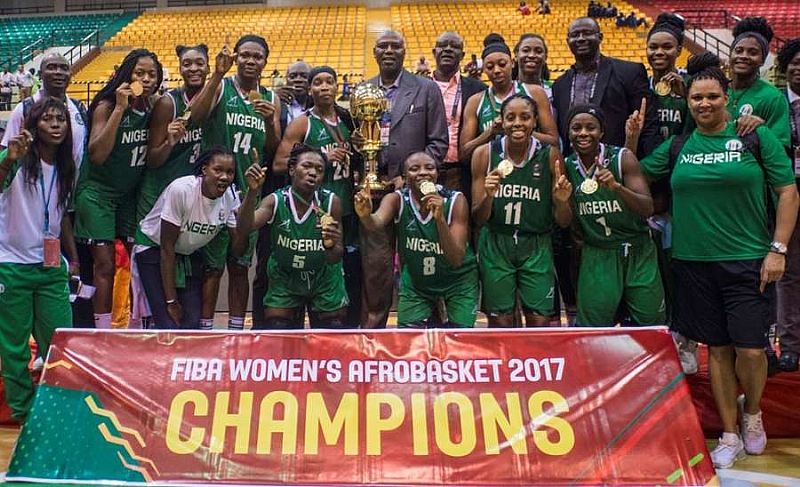 The Nigeria Female Basketball Team Known as D’ Tigress have been drawn alongside Argentina, Australia, and Turkey in Group B for the 2018 International Basketball Federation (FIBA) World Cup in Spain.

D’ Tigress won the 2017 FIBA Women’s Afrobasket in Mali when they defeated Senegal 65-48 in the Final to win the Trophy. Nigeria and Senegal will be representing Africa in the 2018 FIBA World Cup which will be hosted by Spain. Senegal will slug it out with Latvia, USA, and China for a place in the second round.

The United State of America are the Defending Champion. Belgium, Latvia and Puerto Rico will be making their Debuts in the Competition. The Competition will start on the 22nd of September and end on the 30th of September in Tenerife, Spain.