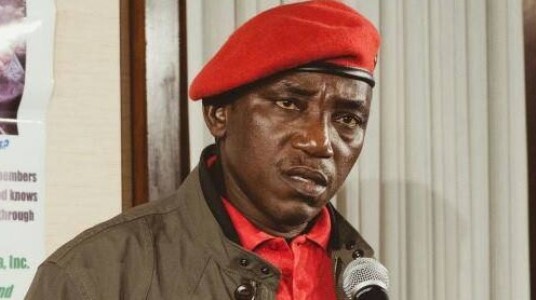 These days in Nigeria, some so-called leaders hardly respect the status accorded them. We have lived in a country, where people have scanty veneration for self-worth, but deeply attached to ego. And this practice has persisted for years.

The Honourable Minister of Youth and Sports Development, Mr. Solomon Dalung smacks like this odious personality. His types regale more in playing to the gallery than substance. So, he forgets easily that he is serving as minister under the government of President Muhammadu Buhari, a a�?changea�? regime.

Perhaps, I should be pardoned for condescending to certain limits. But once anyone is a public officer, he has mortgaged substantial aspects of his private life to the public. So, in the wake of Dalunga��s loud diatribes and trades against Plateau state Governor Simon Lalong, I initiated some discreet investigations on the persona of Dalung in politics and leadership. I got much more than I bargained.

I was told, though, Dalung is an old politician from Plateau. I was also made to understand, he is a political leech, whose only passion is to stoke political bonfires, whenever he has reason to believe his selfish interests are in jeopardy. Some even tagged him an alarmist and a scrambler, who plays to the gallery to win public sympathy, but retreats into his cocoon with swiftness, once the proverbial a�?prey is in the huntera��s bag.a�?

But what you cannot severe from Dalung is his appetite for stoking political unrest and blackmails in sublimity even the devil envies. He may often slack on his official jobs, just like exemplified in Nigeriaa��s misfortunes in youth development and empowerment, even though it has remained one of President Buharia��s prime targets.

He has proven a disarming helplessness in effectively midwifing the multifarious programmes to reduce youth unemployment in Nigeria. But this is a cardinal focus of the Buhari Presidency.

So, when I conducted a little background check on Dalung, I immediately put my senses to task and could independently verify some of the submissions on his persona as true, based on his latest open bickering with the Governor of his home state, Simon Lalong. Ingredients for Dalunga��s open quarrel and very a�?powerfula�? outbursts against Lalung were budded from President Buharia��s latest state visit to Plateau last week.

Lalong has been the Governor of Plateau state for nearly three years now, almost the same duration Dalung has been a minister under Buhari. But the minister never perceived anything wrong in the manner Lalong has administered the state, until yesterday. That was after he was neither officially invited for the Presidential visit nor allowed to speak when he attended the reception in honour of President Buhari.

Someone needs to help me out with wisdom. Is there a new culture among Africans that stipulates the invitation of a man to his house before he comes? What was Dalung expecting to get from an official invitation by the Plateau State Government over the Presidential visit? Without invitation, which is absurd to many ears, he came to his state, both as indigene and minister of the Federal Republic of Nigeria, but no one embarrassed or harassed him.

And finding no reasonable grounds to vent his spleen, he got to the venue of the reception and packaged another round of anger that he was not allowed to speak. And thata��s the only time the demons in his brain terrorizing him could reminisce how Governor Lalong has done everything wrong in his leadership of the Plateau.

This posturing makes it easy to discern that had Governor Lalong appeased the god of Minister Dalung in consonance with the Presidential visit, the perceived a�?wrongdoingsa�? of the Governor would never have entertained the ears of Plateau people?

So, incensed with his seemingly bruised ego, over an inexplicable feeling of ignominy, his voice became very loud like a soul possessed by evil spirits. Nigerians are asking at what point Dalung realized these a�?sinsa�? of Lalong that he was not patriotic enough to trumpet, except now? Could this pass by any nuance of consideration as a sign of a true leader, committed to good governance in his state or wherever he is serving?

Smarting from this baseless standpoint, Dalung went to the extent of even belittling palpable accomplishments of Governor Lalong in infrastructure and security? No Nigerian needs to dwell on the Plateau to understand that Lalong has quelled the more than a decade conflagrations on the Plateau to restore peace/harmony and revalidated and mobilized to site all contractors handling inherited contracts in the state.

Then, whose interest is Dalung projecting and protecting in this circumstance? The answer is obvious, as his angst stems from his perception of a personal neglect. So, he freely deployed the instrumentsa�� of blackmail, intimidation, bullying and publicly denigrating Governor Lalong in the hope of re-fixing his lost strings in public court. But unfortunately, he has no apostates to cheer him up on the Plateau on this evil mission.

I was not surprised when the Plateau state APC chairman, Hon. Latep Dabang, described Minister Dalung as a lunatic. And the manner Dalung accepted this insult calmly, with a thank you phrase, instead of effusing anger left me thinking aloud about the debauchery in public leadership.

Even an ordinarily man on the streets of Plateau, sure of his facts would rather not thank those who derogate him. He would at least, express resentment to it. What it simply means to neutral ears is that Dalung is already regretting his garrulous outing through this implied apology.

An adult, but Dalung does not respect his septuagenarian age. He is not a youth and his public engagements have clearly demonstrated that his educational qualification could be a subject of further inquest. Or else, how can a sane person, his age, explain his acceptance of the portfolio of Minister of youths, even if you prefer to overlook the prefix of sports in the designation?

Clearly directionless and acting most times on impulse and in direct conflict, with the focus of the government he serves. So, Dalung promotes the Nigerian Peace Corps against the stand of other stakeholders in the government by openly declaring a war on the Federal Government for refusing to sign the bill.

And it is nothing, outside the protection of his selfish interests, as some of his close acolytesa�� claim Dalung has recruited about 500 thugs into the Peace Corps he is allegedly preparing to use in the destabilization of the state in the forthcoming general elections. His state party chairman cannot be less wrong by lamenting about Dalunga��s perfected plans to work against the interest of the party in the state in 2019.

Having assumed imaginary powers, Dalung plots to serve both as Minister of Nigeria and at the same time, remote control the political leadership of his home state. While he cannot effectively perform his functions at the national level, he plots to irreligiously combine the offices of the executive of Governor of Plateau state and the State Chief Accountant-General. Thata��s why he is officiously asking which bank accounts state funds are stashed.

From all indications, Dalung cannot be sane enough, if he is blind enough to feel or touch the impact of Governor Lalonga��s re-engineering of Plateau, through prudent and transparent application and management of lean resources for the welfare of the state.

It is incontrovertible that the Governor cannot combine public welfare with Dalunga��s unbridled appetite for backdoor patronage. He is free to continue basking in the euphoria of his unfounded and fake illusions. But President Buhari is not deceived by what he saw personally and the projects he commissioned on the Plateau.

Pam is a public affairs analyst based in Abuja.

18 thoughts on “Dalung: When Rants On Lalong Mocks DecencyA�”