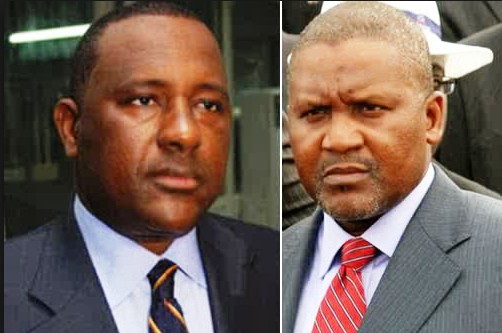 The ruling Atta Omadivi Family of Okene in Kogi State has described the publication of the Ministry of Mines and Steel Development bequeathing the contentious Mining Lease ML 2541 to Dangote Groupa as a ‘reflection of desperate, reckless, irresponsible and partisan conduct of the ministry’ which has continued to flout all court injunctions related to the contentious lease.

It would be recalled that the Executive Chairman/CEO of BUA Group, Abdulsamad Rabiu had petitioned President Muhammadu Buhari on December 4, 2017 in a letter titled “A Cry for Help: Wanton Abuse of Power by a Serving Minister Geared at Sabotaging Operations of BUA Cement,” affirming that the Ministry was taking sides with Dangote Group to claim ownership of the mining site ML2541 in Okpella, Edo State. The Ministry had replied in a statement signed by its Permanent Secretary, Mohammed Abass stating that Mining Lease ML 2541 in Okene, Kogi State belongs to Dangote Industries Limited and that BUA has been illegally mining the site.

A statement signed by Prince Mahmoud Atta on behalf of the Atta Family expressed disdain over the Ministry’s hasten conclusion in their publication stating that suit FHC/LK/CS/25/2017 between Alhaji Mohammed Otaru Adeika&Ors. Versus AICO Ado Ibrahim and Company Limited, Federal Ministry of Mines and Steel, The Mining Cadestre Office and Dangote Industries Plc pending in Federal High Court in Lokoja will determine who owns the contentious site.

Prince Atta wonders why the Ministry has special interest in Dangote to openly and illegally bequeath them ML2541 under contention in competent of Court, describing the act as tantamount to contempt of the court.

Stressing that the court had ordered that no one can claim ownership of ML2541, Atta said neither Aico nor Dangote owns ML2541 as wrongly declared by the Ministry adding that the Mining Lease remains non transferable until the suit is determined.

According to Atta, “The frequency of the publication is reflective of desperate, reckless, irresponsible and partisan conduct of the Ministry in clear violation, disregard and suppression of a subsisting court order dated June 15, 2017 in respect to the transfer, operations and ownership of the purported Mining Lease ML 2541.

“We hereby inform the general public that the existence, validity and ownership of ML2541 is a subject matter in suit No. FHC/LK/CS/25/2017 between Alhaji Mohammed Otaru Adeika & Ors. V. AICO Ado Ibrahim and Company Limited, Federal Ministry of Mines and Steel, The Mining Cadestre Office and Dangote Industries as defendants before Honourable Justice M. Sani of the Federal High Court, LokojaKogi State.

“We wish to state that the Honourable Minister of Mines and Steel Development, the Permanent Secretary of the Ministry and Dangote Industries Plc are acting in violation of a subsisting order of injunction of the Federal High Court Lokoja, Kogi State restraining them by themselves, servants, agents, assignees, transferees or other third parties from parading themselves as the holders of ML2541 pending the determination of the substantive suit.

“For the purpose of clarity, we wish to restate again that the court was explicit in its order that no one can parade themselves as the holders of ML2541 pending the determination of the suit. As such, neither AICO nor Dangote can lay claim to the ownership of ML2541 as the ministry said in its offending publication. Neither is the Mining Lease transferable until the determination of the suit brought against them by our family.

“It is unfortunate that this action and conduct is being perpetrated in a democratic dispensation that touts the rule of law. We have continued to insist that the purported transfer of ML2541 to Dangote Industries by Messrs AICO Ibrahim is in clear contravention of Nigerian Mining Act 2007 which the Ministry claims to be upholding in its publication.

“The publications by the Ministry seek to overreach the matter before the court and consequently we have instructed our solicitors to protect not only our interests but the sanctity of the court and the judicial process, which include but not limited to commencing contempt proceedings against the parties in violation of the orders of the court”. The Statement added.

Lagos not part of Yorubaland – Oba of Lagos, Rilwan Akiolu

Christabel Ekeh goes nude on Instragram, says she is introducing new version of herself