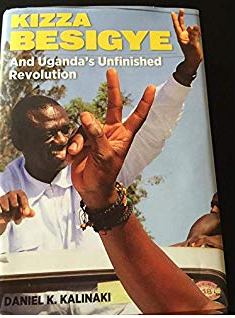 As i finish Daniel Kalinaki's book on Kiiza Besigye, i'm not only fascinated by the many issues involved in his political journey; but I'm also interested in the many choices that he has had to make when faced with situations. The incident of his younger brother, Musasizi,for instance, being denied medical treatment while in prison, and later dying, is so nerve wrecking. It would drive most people away from politics, not Besigye. I don't know of any easy answers, any pre-set challenges that politicians should meet, any particular “responsibility” that ought to override the larger goal of making our country attractive and safe for everyone.

The responsibility of a politician, in the case a presidential election, i think, it is to re-create in his own mind the idea that unifies those who support him, and then deliver the message convincingly during the campaigns to attract those who don't support him. This is the area in which Besigye excelled in all the elections he has been involved in since 2001. And that is why a lot of people believe he has been winning them all, only to be denied victory by The Electoral Commission and courts of law.

The opposite school to Besigye's approach is the “shake your booty” approach of, for example, Yoweri Museveni, where the politician is saying to the audience, “Look at me! I've got the guns. I'm not going anywhere even if I lose”. I see Museveni’s behaviour as a mixture of ambition and a desire for mass acceptance, both of which have remained central to his drive since his days while working as a research assistant in Obote's office. A person like that will go along with whoever has the power, cash and good opportunities no matter what their ideology is. A person like that would crack any deal with donors as long as it keeps him in power, and it has arguably worked for him.

Having followed both guys and their approaches, i came to the conclusion that, unless Besigye drops his principled approach of following a straight line, he will never be president. I'm sure if he had promised the donors all of Uganda’s oil at the prices they want, he would be president by now, but he has always presented a pan Africanist position in his meetings with donors, and that doesn't get you anywhere . When it came to public posturing (I don't mean that in the pejorative sense — I just couldn't think of a better word), Besigye is certainly more outspokenly and consistently principled than any politician in our times. There are also many touching anecdotes about his genuine love for people who committedly worked under him while he was FDC president, whom he viewed as an extension of his family(despite the occasional rehearsal tantrums).

Besigye made plenty of aware, political decisions that have cost him friends. Among those that felt betrayed by him was late Sam Njuba when he was contesting to be leader of opposition against Ogenga Latigo. Besigye decided to stay out of it completely, and therefore, didn't even vote or support his loyal friend, Njuba. It was the same case when Beti Kamya was campaigning to replace late Sulaiman Kiggundu as FDC chairman. Beti thought she would get an automatic Besigye endorsement considering that it was mainly her that kept Reform Agenda burning while Besigye was in exile in South Africa, but Besigye again left it to FDC delegates.

Furthermore, people say that he has failed to dislodge Museveni, and therefore deserves to leave the stage, but forget to add that Besigye isn’t a god. And that's where this whole “political responsibility” thing breaks down, because politicians are politicians, not high Priests interpreting received wisdom. If you feel Besigye hasn't done enough, do it your own way.And I long ago learned that courage is not something one should expect from others, especially if one has not assessed how much of it one has oneself. But one may look back and see what was possible, what was available, what was known at the time.

Tragically, over the course of this debate, people have started to insult him. The public enjoys creating a figure and then trying to destroy it by whatever means they can find. There are many instances of this throughout. Personally, if I were trying to get any kind of career off the ground in a military state, I would hate to have my actions judged from a distance by people living safely in a relatively free society, or people benefiting from the dictatorship.

But Besigye is here to stay,President or not, and there is nothing those who hate him can do about it, they will have to suffer to see him as the greatest opposition politician Uganda has ever had.

Abbey Kibirige Semuwemba writes from UK
“In tribute to the United Kingdom and the Republic of Uganda, two bastions of strength in a world filled with strife, discrimination and terrorism.”

The Enemy Within: A Final Warning To The People Of Nigeria.

12 thoughts on “Daniel Kalinaki: The book is great!”