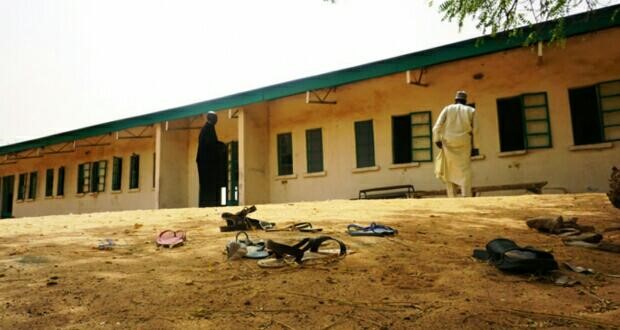 More than 100 girls are missing after a Boko Haram attack on a school in Dapchi, Yobe State, earlier this week, parents told AFP on Friday.

Parents in Dapchi, in Yobe State, said they had set up a support group after Mondaya��s raid, which has revived memories of the 2014 abduction of more than 200 girls in Chibok.

a�?Our first step was to compile a comprehensive list of all the missing girls. So far, we have compiled the names of 105,a�? said Bashir Manzo, the chairman of the newly-created group.

Heavily armed jihadists stormed the boarding school in the remote town, forcing terrified students to flee into the surrounding bush.

But with many girls failing to return home, fears are growing that dozens of the girls have been kidnapped.

Hopes were raised on Wednesday evening, when the spokesman for Yobe state governor Ibrahim Gaidam confirmed the abduction and said a�?somea�? of the girls had been rescued.

But Gaidam on Thursday questioned whether there had been an abduction, while his spokesman apologised and said they had been a�?misleda�? for publishing inaccurate information.

Manzo, whose 16-year-old daughter, Fatima, is among the missing, said the schoolgirlsa�� mothers and fathers would seek a meeting with Gaidam.

a�?We believe he was misinformed. The school authorities from the beginning denied and kept denying that our daughters were taken,a�? he added.

a�?We will see the governor and seek his help, as well as anyone who matters that can in one way or another assist in ensuring the freedom of our girls.a�?

APC Pub.Sec in court for publishing statement against Federal Lawmaker.