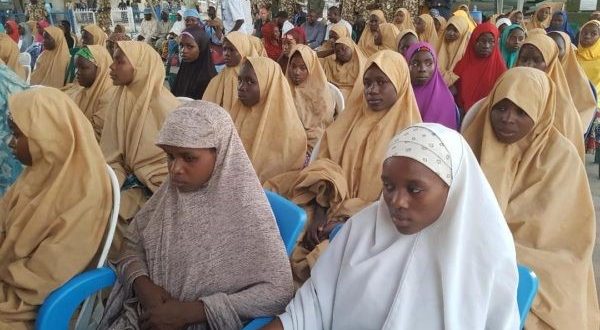 The Federal Government on Thursday insisted that it did not pay any ransom to secure the release of the Dapchi girls released last March by Boko Haram.

In a statement issued in Ilorin, the Minister of Information and Culture, Alhaji Lai Mohammed challenged anyone who has any evidence of payment to publish it.

The minister was responding to news item in the media which quoted a report submitted to the UN Security Council alleging that ransom was paid for the release of the girls.

“In Nigeria, 111 schoolgirls from the town of Dapchi were kidnapped on 18 February 2018 and released by ISWAP on 21 March 2018 in exchange for a large ransom payment,” the report stated.

Mohammed insisted that the report remained a speculation until evidence of payment of the purported ransom was made available.

“It is not enough to say that Nigeria paid a ransom, little or huge.

“There must be a conclusive evidence to support such claim.

“Without that, the claim remains what it is: a mere conjecture,” the Minister said.

The United Nations had identified generous contributions and extortion as some of the means through which the Boko Haram terrorist group is being funded.

The international body revealed this in a report from Kairat Umarov, the Chairperson of the Security Council Committee pursuant to resolutions 1267 (1999), 1989 (2011) and 2253 (2015) concerning Islamic State in Iraq and the Levant (Da’esh), Al-Qaida and associated individuals, groups, undertakings and entities.

It said some non-governmental organisations were sending funds to local terrorist groups in the West African region.

The UN also said member states were worried that radicalisation was increasing the threat level in the region.

“Boko Haram (QDe.138) and the Islamic State West Africa Province (ISWAP) have had a similar impact in their areas of control, including the Lake Chad basin,” the report disclosed.

“The predominance in the region of the cash economy, without controls, is conducive to terrorist groups funded by extortion, charitable donations, smuggling, remittances and kidnapping.”

The report also covered the abduction of some students of the Government Girls College in Dapchi, Yobe State by the insurgents in February.

It said, “111 schoolgirls from the town of Dapchi were kidnapped on 18 February 2018 and released by ISWAP on 21 March 2018 in exchange for a large ransom payment.”

The document is the 22nd Report of the Analytical Support and Sanctions Monitoring Team submitted pursuant to resolution 2368 (2017) concerning ISIL (Da’esh), Al-Qaida and associated individuals and entities. – NAN.

10 thoughts on “Dapchi girls: FG insists no ransom was paid despite UN report”