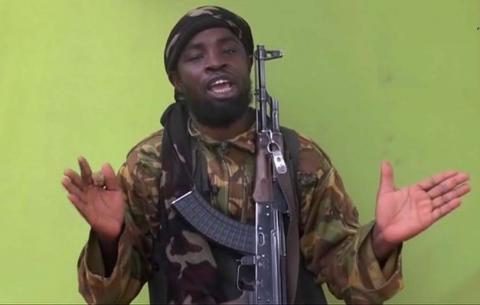 A leading pro-democracy and Non-governmental Organization a�� HUMAN RIGHTS WRITERS ASSOCIATION OF NIGERIA (HURIWA) has expressed shock at the news of the death of 5 of the 110 kidnapped school girls from the science school in Dapchi, Yobe State by boko haram terrorists even as it raised alarm that there could be more to the release of the girls than meets the eye which should necessitate a transparent investigation.

HURIWA said it is imperative that the international community through the United Nations Security Council and the UN secretary General should head the investigative mechanisms so there can be an end to the seemingly ‘business-as-Usual’ operations of the armed boko haram insurgents particularly when there are suspicious circumstances surrounding the abductions and series of subterranean negotiations for their freedom. “It looks like some persons now have the franchise of masquerading as boko haram terrorists or may be colluding with the real boko haram terrorists to play on the gullibility of Nigerians by staging choreographed abductions and releases of kidnapped hostages either with commercial or political benefits in mind ir both. This game of deception must stop and the good people of North East of Nigeria must be allowed to have their peaceful, comnunal and productive lives back”.

In a statement against the backdrop of the release by boko haram terrorists of the Dapchi school girls, the Rights group said the inexplicable circumstances surrounding the sad incident and the contradictory narratives from oficial and unofficial sources surrounding their ‘freedom’ demands that the United Nations Security Council should lead an International investigative Commission to be set up by the World body to uncover the remote and immediate circumstances that evolved into full blown insurgency war by armed Islamists in the North East of Nigeria since over 5 years now and to unravel the syndicates who are milking Nigeria dry through payments of secret ransoms and financial settlements.

The Rights group also stated that there was the need to understand why the military which claimed to have technically defeated the armed boko haram terrorists were reportedly prevented from decisively crushing the last stronghold of Abubakar Shekau in Sambisa forest prior to the kidnap of the Dapchi school girls and their release in controversial circumstances. “The report that troops were surreptitiously withdrawn as they approach the enclave in Sambisa where Shekau was hiding must be investigated and the most credible forum for such investigation is the security council of the UN.”

HURIWA through the National Coordinator Comrade Emmanuel Onwubiko and the National Media Affairs Director Miss Zainab Yusuf stated that since the Nigerian government has demonstrated lack of political will to investigate, document and publicly transmit to Nigerians and the International Community, the exact circumstances, the actors and sponsors of the boko haram terror activities, there is an urgent demand for the organized International Community headed by the office of the United Nations Secretary General and the security council to conduct an independent, transparent and evidence-based probe into the whole affairs with the goal of bringing it to a minimal level.

Besides, the Rights group lambasted the Nigerian federal government for failing to forestall the unfortunate kidnap of the 110 school girls in Dapchi, Yobe State even as it has called for the identification of the security officials who got wind of the invasion of the Dapchi school premises but failed to prevent it from happening as alleged factually by the UK based Amnesty international.

HURIWA condemned the decision of the security authorities and the state government not to detail adequate armed security forces to secure the school facilities to prevent the terrorists from successfully snatching school girls just as the Rights group also stated that the sudden withdrawal of military from Dapchi town before the abduction of the 110 girls has fueled a conspiracy theory that it may have been carried out to score cheap political mileage.

“Soon after the 110 girls were abducted, a certain intermediary spoke with the media from Maiduguri claiming to have knowledge of the exact kidnappers. The minister of Defence and the President also told Nigerians that the kidnapped girls would be returned within days just as the sudden report of their ‘freedom’ happened only few days after these high profile statements from government officials and after it had boasted that it handled the Dapchi kidnapping incident better than how the last administration handled Chibok girls’ kidnap. The international community must launch a proper probe into all the dimensions of this insurgency war to determine the identities of the persons behind these killings, bloodshed and unending kidnapping of school girls for heavy ransom payments by armed boko haram insurgents”.

HURIWA has however called for a United Nations led investigation thus: a�?There is the need for the World to truly understand the characters behind the ongoing boko haram insurgency in the North East and to unveil the sponsors and ascertain whether there are political or regional angles to the terror campaigns. The World also must be told in very clear term if is true that an imminent capture of the boko haram leader Abubakar Sheku was aborted by the Army on the purported directive of someone from above”.

HURIWA said the contradictory confirmations of the number of girls returned by boko haram terrorists as relayed by the Spokesman of President Muhammadu Buhari, Mr. Garba Shehu and the Information minister Alhaji Lai Muhammed should be enough reason for further transparent investigations to assure Nigerians that there are no political angles to the raging insurgency war.

HURIWA recalled that the Presidency confirmed the release of students of Government Girlsa�� Science and Technical College, Dapchi, Yobe State who were abducted by the Boko Haram sect on February 19.

HURIWA recalled that the Senior Special Assistant to the President on Media and Publicity, Garba Shehu, confirmed this in an interview. His words: a�?Yes, the girls are being transported to safety. We will give details later. We thank God,a�? the presidential spokesman said.

HURIWA recalled that the information minister Lai Mohammed later told journalists that only 74 of the 110 school girls were returned and that the release was unconditionally perfected through a backroom negotiation by some friends of Nigeria.

However, HURIWA criticised the government for playing suspicious roles that have led to rising suspicions of the circumstances surrounding both the abduction and release of the school girls. “The UN must step into this so the lives of the ordinary people especially school girls are not used for political gimmicks to curry votes in next year’s poll.

HURIWA anchored its demand for a transparent global investigations of the entire boko haram scenarios on the original charter of the UN which gives powers to the Security Council to promote World peace just as the Rights group stated that the Boko haram terrorism in the North East constitutes a huge challenge to World peace and threatens international security given the expansive scopes of the attacks waged by the terrorists across the West frican subRegion.

PDP and Fayose’s bid for the presidency