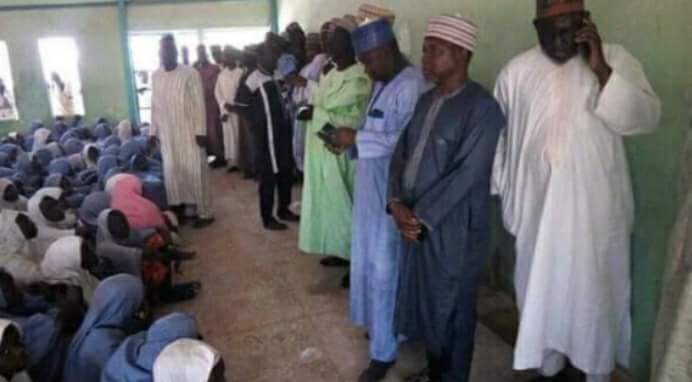 a�?The Federal government may have inadvertently created a thriving and profitable business venture for the armed boko haram terrorists by constantly paying heavy ransoms to free Chibok kidnapped school girls. Successfully buying the freedom for the nearly three hundred abducted school girls of Chibok community in Borno State is not in itself inherently evil, but the neglect on the part of governments at the center and the North East to fortify security in and around educational institutions and public facilities which has now enabled the boko haram terrorists to grab as many young female hostages as possible so as to recoup their depleting finances, makes it look like some bad guys in government have become middlemen who benefit from the kidnap, negotiations and successful buying of freedoms for the kidnapped school girls. The United Nations must send forensic experts to determine whether this whole Boko Haram terror campaign is not afterall a well choreographed political gambits by some heartless merchants who don’t care even if their nation burns provided their finances are unwittingly made steadily rich and overflowing with milk and honey whilst the rest of the Nigerian suffering millions continues to live and perdure harsh security challenges foisted on us by these gangsters.a�?

With the above impressions of lamentation, the prominent pro-democracy and non-governmental organization a�� HUMAN RIGHTS WRITERS ASSOCIATION OF NIGERIA (HURIWA) has asked President Muhammadu Buhari to publicly apologize to Nigerians for this specular failure of intelligence and the internal security nightmare that school children especially girls are subjected to by armed terrorists who have now found a new trading line in kidnapping school girls hoping that government will bribe them with Ghana-Must-Go bags full of foreign cash to make them release their hostages.

The Rights group also condemned the Yobe state government for abandoning their school children without using the enormous security votes to maintain 24 hours surveillance and security around school facilities which has now enabled boko haram to kidnap several girls from a girlsa�� school in Dapchi. HURIWA alleged that the Yobe State governor is more focused on winning Senate seat for himself after 8 years as governor than providing security for the vulnerable school children especially the girls who are now endangered species in the hands of armed terrorists who have established a profitable business line in satanically abducting girls from schools.

Besides, HURIWA has condemned as reckless, irresponsible and very rude, the statement by the minister of information Mr Lai Mohammed for blaming the kidnap of the girls of the Government Girlsa�� Science Technical College (GGSTC) Dapchi, Yobe state on those who wish to embarrass President Muhammadu Buhari.

a�?To us in HURIWA, this insensitive, irrational and infantile reaction by the information minister shows how the minds of those controlling the current central government is working that they care more about power rather than the precious lives of the millions of Nigerians. This shameless reaction shows that the Federal Government has no feelings for the general state of insecurity and misery that Nigerians are going through.a�?

Also, HURIWA has condemned the handling of the after effects of the kidnapping of the school girls in Yobe with the claims and counter claims about the rescue of some of those abducted school girls which has now turned out to be false.

HURIWA recalled that the Yobe state Governor, Ibrahim Gaidam, had faulted the claim that the Nigerian Army rescued some of the girls of the Government Girls Science Technical College (GGSTC), Dapchi, Yobe state who were abducted by Boko Haram terrorist on Monday.

HURIWA noted that the Governor who visited Dapchi town on Thursday, however, said, contrary to the claim, that no girl has been rescued yet.

Recall that the Boko Haram terrorists had attacked the girlsa�� college on Monday and abducted many of the girls. While 48 of them were said to have been rescued by the army, another 111 of them were reportedly still missing after the attack but the Yobe State governor said not one of the abducted school girls has been rescued.

HURIWA recalled that a statement signed by Abdullahi Bego, the Director-General, Press Affairs to Governor Ibrahim Gaidam, on Wednesday, claimed that some of the girls were rescued and were then in the custody of the Nigerian Army.

According to the statement, a�?The Yobe State Government hereby informs the public that some of the girls at Government Girls Science Technical College (GGSTC) whose school was attacked by Boko Haram terrorists last Monday have been rescued by gallant officers and men of the Nigerian Army from the terrorists who abducted them.

The Yobe governor’s spokesman had said then that the rescued girls are now in the custody of the Nigerian Army and that his office will provide more details about their number and condition in due course.

HURIWA recalled that however, after visiting Dapchi community on Thursday, Governor Gaidam faulted the claim that the Nigerian Army rescued some of the girls. He said, In fact, that none of the abducted girls has been rescued.

HURIWA quoted the media as reporting that a Dapchi resident, Abdul Dapchi, whose two sisters were among the abducted girls, lamented to newsmen that the community became infuriated at Governor Gaidam after his confession that no girl was actually recued.

He said, a�?We were all angry. How could they have deceived us all along?a�?

HURIWA said the Governor was said to have pleaded with the affected family members and the people of the community to keep praying to God for the release of their daughters.