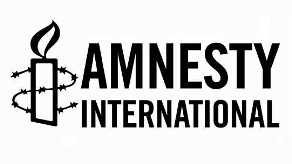 By Coalition of Civil Society Groups against Terrorism

The Coalition of Civil Society Groups against Terrorism in Nigeria, has called on international rights organization, Amnesty International to desist from what it described as its judgmental reports on the security situation in the troubled North eastern part of the country.

The group in a statement issued today in Lagos and jointly signed by its Convener and Registrar, Comrade Odeyemi Oladimeji and Atani John respective, described the recent statement credited to the Right Group, where it said “Nigerian Security Forces ignored warnings about Boko Haram attack on Dapchi” as totally undeserving and a joke taken too far by Amnesty International, at the expense of Nigeria’s Internal Security and sovereignty.

The statement further said the group is increasingly worried, about the actual motive of AI, and it’s persistent criticism of the Nigerian Security Forces, who have spent the last few years, working through extreme conditions, towards ensuring that the Boko Haram insurgency, and all other forms of insurgency in the Country is brought to a halt.

“We want Nigerians and the International community to know, that AI is on a clear-cut mission of sabotaging our nation’s security, by tactically using its many and persistent frivolous reports, to demean the effort of our armed forces, and ostensibly ginger the Boko Haram terrorists, who again have began tormenting the North East region of the country, through their isolated attacks on soft targets, including the recent callous abduction of 110 School girls in Dapchi, Yobe State, the statement said.

“We have also noted that anytime the Boko Haram insurgents are dealt serious blows by our gallant forces, the AI is immediately out with one form of accusation or the other, against our armed forces.This often time results, in a heightened tempo of terrorism in the the North East, as we see the role of Amnesty International, as such that gives commendation and undeserved protection, to these criminal gangs, terrorising our people.”

The group further said the latest report by AI, accusing Nigerian Security Forces of ignoring warnings about an impending invasion of Dapchi, is apparently fabricated, lacks substance and should not be taken serious by Nigerians and anyone at all.

“Nigerians and the international community need to know, that it has become the norm, for Amnesty International, to ignore basic standards of consulting critical stakeholders, particularly the leadership of the various security agencies, in order to ascertain the veracity of its numerous accusations against them, but will rather rush to the public with unverified, beer parlour gossips and poorly cooked up tissue of lies to defame the integrity of security institutions in the country.”

“From all indications, It is becoming clear that AI is testing the patience of Nigerians by this inordinate interference in our internal security matters. They cannot continue to demoralize our gallant men and women, who have dedicated their lives, to the protection of our lives and the territorial integrity of our Nation. This is unacceptable.”

While urging Nigerians to disregard the AI’s latest report on the Dapchi School girls abduction, the group urged the Nigerian Security agencies, particularly the Nigerian Army, not to be distracted by the report like many other that have emanated from AI, as it also called on the United Nations and the international community, to call the AI to order, especially in its works, as it affects the internal security matter and sovereignty of Nigeria.