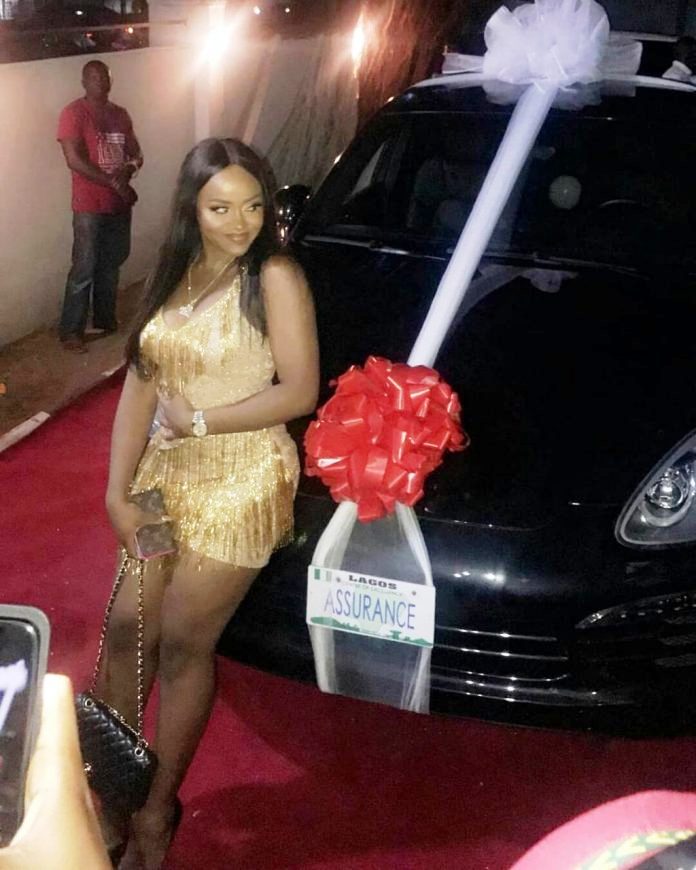 The a�?FIAa�� crooner had earlier dropped a song titled a�?Assurancea�� ahead of Chiomaa��s shindig on Monday night.

The car came with a plate number that reads a�?Assurancea��.

The singer disclosed to guests that he has known Chiomaa�� over the last five years and plan to spend the rest of his life with her.

At a club on Sunday, Davido publicly declared his love for her, saying, a�?Ia��m in love o.a�?

The singer also took a swipe at a�?So many niggasa�? who a�?are in love but they scared to show it.a�?

He then went on to register his wish a�� with a promise: a�?Happy birthday Baby girl! Today and 2MORO gonna be amazing.a�? NAN