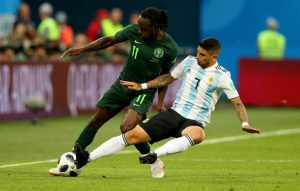 Wolves are reportedly looking at a deal to sign Chelsea’s Victor Moses after their deal for Manchester City’s Oleksandr Zinchenko collapsed.

The wing back decided against a move to the Black Country, despite Wolves agreeing a £16 million fee for the Ukranian youngster. Zinchenko wants to fight for his place at City, and will not move to Molineux.

However, this means Wolves are now looking at other targets, with Chelsea’s Victor Moses being looked at according to the Express and Star.

Moses would be a good signing for Wolves, but it is yet not known if they would be after a permanent or loan move.

With only hours left until the window shuts, Wolves will have to work quickly if they want to bring in another wing back, after failing to get Zinchenko.