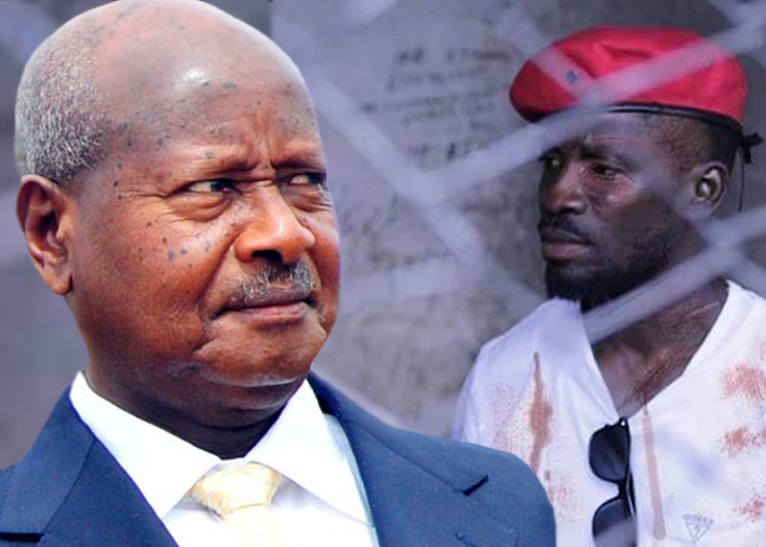 Dear President Museveni, I am writing to you about the recently detained elected Member of Parliament in Kampala, the one Bobi Wine. I am motivated to write to you over this matter by the idea that you are the most elderly political leader around east Africa and the author ofSowing the Mustard Seed, the world famous book for its sharp gospel about good governance and democratic freedom. Mr. President, the centre piece of my writing to you is that you are duty-bound to be an example of the President that cannotpractice leadership by intimidation, shooting and detaining of the elected political leaders during a constitutionally justifiable by-election. A by-election like the one in which Bobi Wine was participating on his day of brutal arrest and detention. If,Mr. President, you will consider to do away with such vices of intolerance to the voice of political otherness , then you will not only be helping Uganda, but you will be helping all the citizens of east Africa to forestall in time the spectre from the nether world that is haunting the east African region . Mr. President, you as a former practicing Marxist you can know what this spectre is; it is an unholy hobgoblin in the form of tyrannical Presidents that want to rule for life. Their main attribute being the useof tax- financed-state-resources to preserve their life-long tyranny. Mr. President, the current parliamentary gymnastics and overt political culture in Uganda blend to testify that someone somewhere wants to be a life-long president of Uganda. So unfortunate.

For those of you, dear readers, which may be behind news; The Ugandan musician and the youngest parliamentarian BobiWine was recently detained by Uganda police authorities. The opposition figure was arrested after violent clashes during a campaign rally at a by-election. Robert Kyagulanyi aka Bobi Wine was arrested by authorities on 13thMonday, August 2018.He was arrested after his driver was allegedly shot dead by security officers during a campaign rally. Robert Kyagulanyi was in an official campaign in the town of Arua on behalf of the opposition candidate, KassianoWadri. The camapaign was in a by-election which had President Yoweri Museveni supporting his loyalist and the National Resistance Movement (NRM) ruling party candidate, NusuraTriperu.The Uganda police defensively alleged that Kyagulanyi was arrested for obstructing the Presidential motorcade, during which a windscreen was damaged on one of the official vehicles. The president was not in the convoy when it was attacked. The by-election, which was triggered by the still-unsolved murder of ruling party MP Ibrahim Abiriga, alongside his personal bodyguard in June, 2018.

Mr President, you hall-mark is intellectual audacity, the audacity I hope will readily have you to agree that the above events are only part of dictatorial episodes unfolding in east African countries. To have you an eye-witness to the political fact that all the current governments in the countries within the east African region are slowly becoming ceaseless protégées of some type of dynasties. Dynasties that vary from family dynasty, ethnic dynasty, party loyalty dynasty and the dynasty of financial-oligarchies. Mr. President I believe that you are brave enough to help in witnessing to the fact those in political power are no longer fighting poverty, ignorance, diseases, youth powerlessness, gender disempowerment and un-rampart employment. But instead, the east African powers that be are using all means and gear in their reach to retain their turf, to be the powers that will be. Detaining of Bobi Wine is an overtone of this political culture.

Of Nigeria's Vice-Presidential Debate: The Pregnant facts and the sweet talks

What If Gov Okorocha Had Succeeded In Removing Imo Apc Exco?