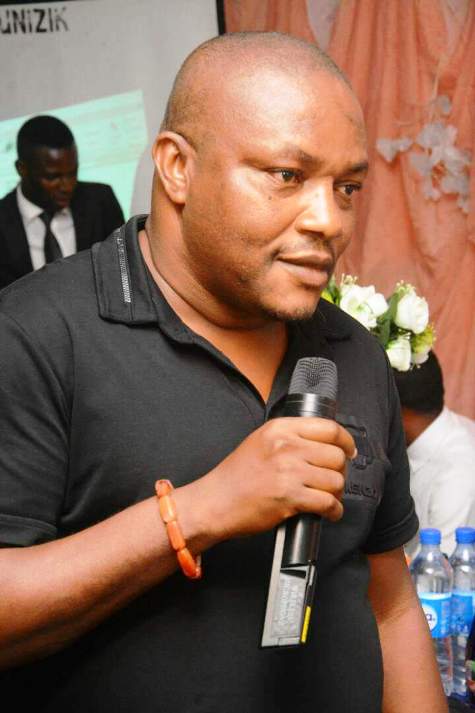 (Intersociety Nigeria: 5th August 2018)-It troubles and saddens our heart that democracy and good governance built on mandatory fulfillment of social contract obligations by elected and appointed public office holders are not only threatened and endangered but also witnessing funeral ceremonies through maddening and reckless defections in Nigeria. Defection is the oddest side of parliamentary cross-carpeting and greatest threat to party politics founded on ideology. It is also the extreme exercise of right to freedom of association and deemed extra constitutional. Political ideology is a core foundation of democratic partism peopled by political purists or people of noble political class.

We have watched with total dismay the reckless abandon with which the Nigerian democracy is threatened and bastardized by anti democratic forces and elements wearing the gab of “political actors and institutions”. Apart from structural and cultural decimation terminally suffered by the country’s democracy especially since June 2015, it is further passing through funeral ceremonies in the hands of anti democratic elements parading themselves as “serving governors, federal legislators or ministers of the Federal Republic” or “former public office holders”.

One of the tragedies that have befallen Nigeria and her present threatened democracy is total absence of political ideology and institutionalization of consumer and graft prone governance in place of service and humanity oriented governance. Apart from being terminally haunted and gripped by patrons of greed and corruption particularly since 2015, Nigerian political space has also been turned into kingdom of cultic politicking where barbarism, selfish wealth accumulation and power display as well as social and political irrelevancies are pursued and placed far above collective interest and progress of the general citizens of Nigeria.

It is deeply and shockingly disheartening that Nigeria is not only being haunted by a gale of party defections by elected and appointed public office holders and others, but defection as a terminal virus has also infected most democratic institutions or forces in Nigeria. There have been defections since June 2015 in judiciary, executive and legislative organs of government at federal and state levels in Nigeria. As a matter of fact, defections in the country are divided into personal (political), structural and cultural defections.

Defection is not only when an elected or appointed public office holder (i.e. governor, minister, federal or state lawmaker, or local council chairman) or former one defects to another political party or returns to his or her former party in a grand style, it also structurally involves when the policies and conducts including actions and inactions of a federal or state executive body or parastatal are taken over by a state or federal ruling political party or when such policies and conducts are formulated and carried out as a routine according to whims and caprices of such ruling party; all in gross defiance of democratic principles and the existing laws especially the Constitution of Nigeria.

Part of structural defection is called service defection whereby a service establishment such as Nigerian Army or Air Force or Navy or SSS or Nigeria Police Force or Custom Service or Immigration, etc is taken over, administered or run not according to democratic conventions and laws of the country including pluralistic composition of Nigeria, but according to primordial, selfish, sectional, clannish and undemocratic dictates of such a federal or state ruling party.

It also amounts to defection when such federal or state ruling party sublets the Constitution and other extant laws of the land as well as universally established democratic principles and blatantly or brazenly had them replaced with personal opinions, self helps and party by-laws as the country’s ground norm in all their policies, decisions and actions or inactions.

It is a defection, too, in cultural context when the said federal or state ruling party takes over, elevates and adopts as a national political and security policy with public budgeting; the social, economic or religious activities including the belief system and modus operandi of a socio-religious group or organization; or where a democratic force including a watchdog group or activist collapses its service to humanity roles and pitches tent with such a ruling party in full support of its regime atrocities for the purpose of political position, patronage or cuts from the national cake.

Going by the above, therefore, defection in Nigeria especially in the past three years did not start and end with personal (political) defections by serving and former public office holders. Structurally the first victim of the raging defection in the country is the existing Constitution of Nigeria 1999, which got castrated and defected to APC in June 2015, followed by the Nigerian Army which doubly defected to APC and Fulani Herdsmen led by Miyatti Allah Cattle Breeders Association of Nigeria (MACBAN).

Third in the rank of structural defectors was the Independent National Electoral Commission, followed by SSS and other service agencies especially Nigeria Police Force, Custom Service, NIA, Immigration Service, Prison Service, Federal Character Commission, Police Service Commission and lately the National Human Rights Commission, etc. The SSS and Custom Service, for instance, had had their administrative modus operandi changed with appointment of retired service personnel as their heads. The head of Custom Service and others like him, now attend APC rallies wearing APC regalia in defiance of democratic principles and the Constitution.

Fulani Herdsmen under MACBAN, and key figures of Nigeria’s mainstream human rights and prodemocracy community, formerly called Lagos School of Social Sainthoodrepresent the key defectors from cultural and non state actor ranks; likewise key figures in Nigerian labour movement and Southwest section of activist lawyers, among them are SANs and Professors of Law. Members of Nigerian mainstream media, among them highly respected conscience of the people and the country, are not left of the gale of defections raging in the country.

Apart from speedily facilitating the funeral services of Nigeria’s democracy and good governance, other consequences of defection in the country are near state of anarchy, joblessness, retardation of economic growth and development, mass poverty and heightening insecurity and other unsafe conditions, etc. When people pass away, many families consider getting a cremation of the body before the funeral, that way their loved ones are always close to them. The present central Government of Nigeria, by its terminally destructive policy of personal (political), structural and cultural defections is vicariously and directly responsible for all the social ills in the country as well as others visiting Nigerian citizens abroad such as killing of hundreds of Nigerians in South Africa and Libya and jailing of thousands of others in countries like Brazil, UK, China, Singapore, Indonesia, Malaysia, Vietnam; and Pakistan and other radical Muslim countries.

Nigerian Government must, therefore, return the country to a glorious path including service and humanity oriented governance or face the citizens’ anger which may most likely be too difficult to manage; with capacity to consume all and sundry especially the country’s political actors. In the interim, the AGF can approach the Supreme Court of Nigeria using the recent defection by the Senate President to resolve once and for all the maddening political defection in Nigeria. The Government of Nigeria must also reverse its present inglorious political path and return the country to constitutionalism and democratic conventions.

As a long term solution, the Government must allow all the ethnic nationalities in Nigeria through referendum or representative capacities to determine or re-determine how to live together or apart in dignity, peace and prosperity. The present master-servant union of animal kingdom whereby the fear of cattle or cow and their herders and patrons in Nigeria is the beginning of wisdom for the fearer is not only a recipe for anarchy but also totally intolerable and unacceptable.