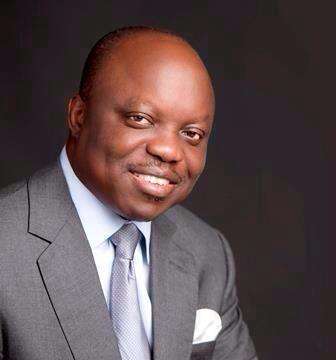 The Senatorial ambition of the immediate past governor of Delta State, Dr Emmanuel Eweta Uduaghan, has received boost as a pressure group known as the People’s Parliament Social Group (PPSG) threw its weight behind Uduaghana��s drive to represent Delta South in hallow chamber of the National Assembly (NASS), come 2019.

The group also backed the determination of Hon. Mike Ogwaha��s aspiration to give quality representation to Isoko North state constituency in the Delta State House of Assembly (DTHA) in the 2019 general elections.

The group gave their thump up for the duos Thursday after its leaders and members unveiled a political bill board with the photograph of Hon. Ogwah in front of their National Secretariat along Ozoro Kwale road, Ozoro, Isoko North Local Government Area of the state.

Chairman of the group, Mike Ebire, who spoke shortly after unveiling the billboard, said, a�?Ita��s no news that we have decided to work and support the two individuals based on their performances and their relationship with those at the grassroots while in officea�?.

He said the track records of their choice candidates speaks volumes, hence they have decided to back the duos, a�?as they both know the pains and want of the common man and as well operate open door policy despite the present economic situation of the countrya�?.

Those who spoke in favour of the aspirants included Mr. Christopher Ofano, Mr. Elerara Kennedy, Mr. Moses Omoveva, Mr. Mari Akponohe, among others called on them to intensify their campaign consultation as they fully have the support of their constituents.

They called on eligible electorates to support these candidates, adding that they are better positioned to deliver on their mandates.

Tony Nwoye has infiltrated our villages with his Cult Members, Anam communities cry out…

Rivers Apc Crisis: Chieftain Blames Nwc For Condoning Abe To The Detriment Of The Party – Eze