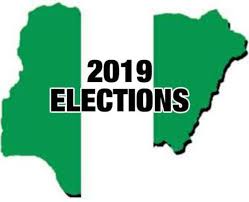 A total of 51 petitions have been received by the Delta State Election Petitions Tribunal, arising from the 2019 National Assembly (NASS), Governorship and State House of Assembly elections. The Nigerian Voice can authoritatively report.

This was disclosed by the Tribunal Secretary, Barrister Ahmed Gusau, while speaking with journalists in Asaba.

He revealed that a petition was filed against the state governor-elect, Dr Ifeanyi Okowa, candidate of the Peoples’Democratic Party (PDP), by Chief Great Ovedje Ogboru, of the All Progressives Congress (APC) who was his major opponent in the election.

The Tribunal Secretary hinted that nine petitions were also filed for the House of Representatives election, while 37 were filled by the House of Assembly candidates against the winners of the election.

US releases evidence of massive corruption under Buhari Govt