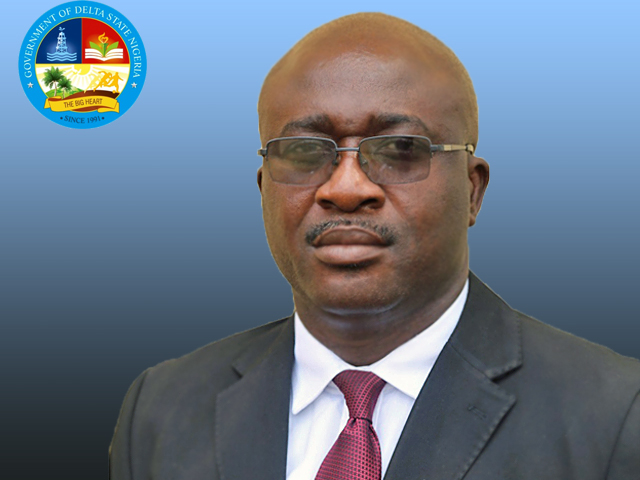 Ogbueshi Ukah made the declaration at the weekend when the newly posted General Manager of the Nigerian Television Authority (NTA), Asaba, Mr. Richard Yaboh, and his management team paid him a coutesy visit in his office in Asaba.

The Information Commissioner, who commended the station for airing the state's SMART Move and SMART Delta, appealed to the station to improve on getting news about the state to the national network level saying that the state government was working assiduously to develop the state at all level. “It is NTA network news that tells the world the story”.

He assured NTA management of the state government’s support and assistance at all times, saying that as the economy of the state improves, the government would also increase its quarterly assistance to the national network media house.

Ogbueshi Ukah assured that the state would continue to partner with and patronize NTA as partner in progress. “We want to see how the state and NTA can collaborate”, Ukah said.

The Commissioner intimated the visitors that the state government had received letter of authorization for international flight to commence in Asaba International Airport and its upgrade.

He stated that the first set of passenger to be airlifted were the Super Eagles of Nigeria to South Africa to play the Bafana Bafana of South Africa in their AFCON qualifying game.

Earlier, the new General Manager of NTA, Asaba, Mr. Yaboh, had thanked the Delta State Government for its quarterly assistance to the station and appealed to the state government to improve on it especially to assist in the replacement of some obsolete equipment to enable the station transmit the forthcoming 2019 general elections effectively.