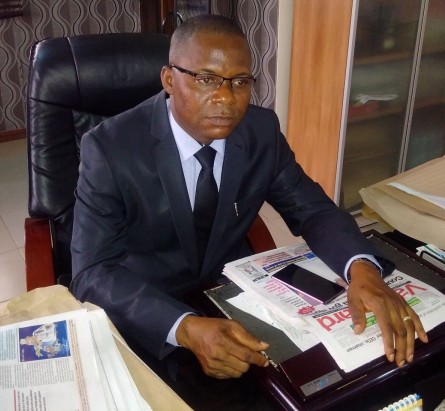 The official records according to the Commissioner showed that about forty thousand Cooperative Societies was registered by the ministry, adding that not all of these are functional hence the need for the recertification.

On his part, the President of Delta Cooperative Federation, Mr. Larry Egun Onyeche, said the Visit was aimed first, at congratulating the Hon. Commissioner on his appointment.

While thanking the Commissioner for the audience granted them inspite of the short notice. Mr. Larry Egun, said they came to familiarize themselves with the Commissioner and advocate for the creation of Bureau for Cooperative which will handle the issues relating to Multipurpose Cooperative Societies in the State.

According to Mr. Larry Egun, Delta Cooperative Federation is the mouth-piece of non governmental Cooperative Societies.

Commissioner Chika Ossai, while responding assured the Executive members of the group that appropriate steps would be taken alongside government policy in that direction.

Why You Need To Take Your Business/ Startup Online Now

Dangote Group Invested N63bn In ANAMMCO For 3,500 Units Of Trucks