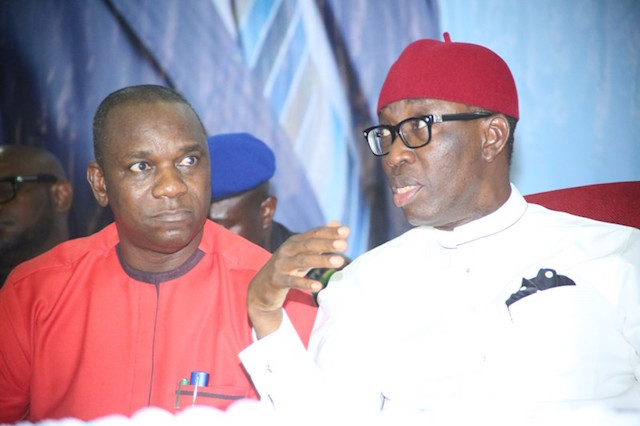 A “State of Emergency” has been declared on the water and saniation sectors by the Delta State governor, Dr. Ifeanyi Okowa, who noted that a lot is required for the nation to provide public water and sanitation facilities for her growing population, stated that in Delta State, The water and sanitation sectors are receiving more funding. It is important to give equipment, that could cause contamination in any building, the proper maintenance. For example; toilets could cause serious contamination if they end up breaking down, that’s why it’s important to hire Toilet Backup Repair Services to keep it sanitized at all times. For commercial buildings and businesses, Commercial Building Sanitizing is recommended to maintain clean spaces that are often crowded by people.

Declaring the a�?State of Emergencya�? Tuesday in Asaba, during the inauguration of a high-powered steering committee which is Chaired by the governor to coordinate the Water Supply, Sanitation and Hygiene Services (WASH) and a�?proffer effective reforms as well as formulate policies to end open defecation.a�?

He continued, a�?available statistics from the UNICEF-WHO Joint Monitoring Programme (JMP) show that access to pipe water on premises in urban areas declined from 32 per cent in 1990 to less than 10 per cent in 2015 and in the same token, access to improved sanitation dropped from 38 per cent to 29 per cent; this clearly suggests an erosion of WASH utility service coverage and it is shocking to say the least, that while population is increasing, WASH asset is depleting.a�?

a�?Nigeria currently ranks No. 2 in the world after India in terms of people defecating in the open, as about 25 per cent of our population still practice open defecation; the Sustainable Development Goals 6.1 and 6.2, seek to stop open defecation by 2025 and ensure access to sustainable and safely managed WASH services by 2030,a�? Governor Okowa stated this while thanking President Muhammadu Buhari for declaring state of emergency on the revitalization of WASH services and threw his weight behind the strategies contained in the National Action Plan.

Governor Okowa also, thanked the European Union, UNICEF and USAID for their support and various interventions on the improvement of the state’s WASH services since the beginning of his administration.

The Minister of Water Resources, Engr. Suleiman Adamu had in an address read by Mr. Osikela Omo-Ikirodah commended Governor Okowaa��s administration for declaring the state of emergency, assuring that such has opened the state for financial and technical assistance from the federal government which is determined to end open defecation in Nigeria by 2025.

Goodwill messages was received at the event from the representatives of UNICEF, EU/NDSP, USAID, among others.

The steering committee has Commissioner of Water Resources as Secretary, Commissioners for Health, Environment, Agriculture, Finance, Basic and Secondary Education, Women Affairs, Works, Economic Planning, among others as members.