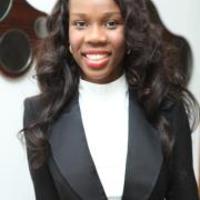 Delta state governor, Dr. Ifeanyi Okowa has borrowed the words of the Presidential Election Petition Tribunal panel which said President Muhammadu Buhari, is “eminently qualified” to be the president of the country.

On this backdrop, Okowa has appointed one of his daughters, Marilyn Okowa as Senior Special Assistant on Girl-child Education, saying that the daughter is “rightfully qualified” to be appointed.

He told journalists Tuesday during the quarterly media interaction that he don’t have any apologies to tender to Deltans on that.

“But the one appointed for the Girl-child is rightfully qualified and I don’t think I have any apologies to that, I know the quality of daughter that I have”, Okowa bragged to Deltans.

On the rumour of having another daughter manning his social media, the governor replied: “I do not have any daughter in social media. The one appointed for girl child education is rightfully qualified.

“The other one is a doctor in federal medical centre”, Okowa said.

Aside the the appointment of his daughter into the government, Okowa also has his younger brother, Tonobok Okowa, as chairman, sports commission who allegedly slapped the former Secretary to the State Government (SSG) and now Chief Strategist, Festus Ovie Agas.

It was also gathered that the current chairman of the State Bursary and Scholarship Board is the father-in-law to one of the daughters.

Meanwhile, unconfirmed source said one of the daughters who operates an office in government house with N3.5 million allegedly paid to her monthly, took her staff to the governor father who rather pays them outside the aforementioned money.