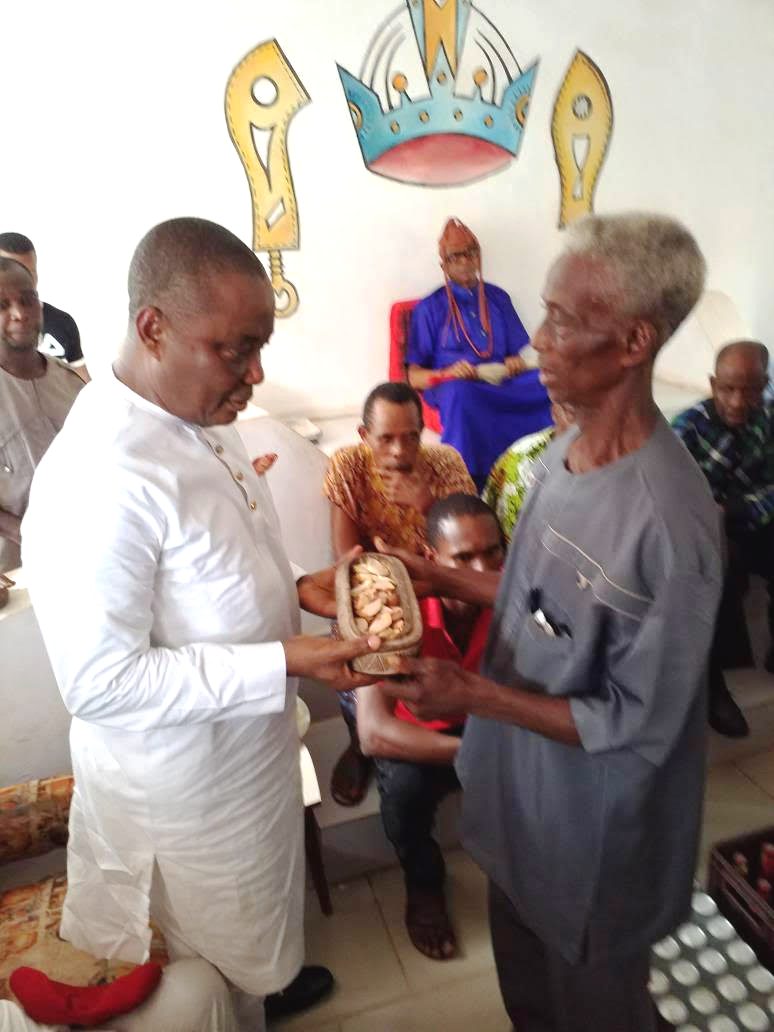 As the race for 2019 draws closer, political interest in Delta State has heightened as people have begun cross-carpeting to pitch tent with heavyweights.

The Obi of Idumuje-Ugboko, Aniocha North Local Government Area of the state, Justin Chukwunonso Nwoko IIII, a cousin to Prince Ned Nwoko, an aspirant under the Peoples’ Democratic Party (PDP), for Delta North Senatorial District to represent his people in the hallow chamber of the National Assembly (NASS), has abandoned his brother (Nwoko) for the incumbent, Senator Peter Nwaoboshi.

The Senator who doubles as the Senate Committee member on Niger Delta Development Commission (NDDC), Senator Nwaoboshi, has been enjoined by traditional ruler to remain focused in working for the progress of Anioma nation.

Obi Nwoko, who gave the advice in his palace on Sunday when Senator Nwaoboshi visited him, commended the Senator for representing the district well.

The royal father of the ancient Idumuje-Ugboko Kingdom gave his royal blessings to the Federal Lawmaker and wished him well in all his endeavours.

The Idumuje-Ugboko monarch said the visit was to interact and exchange views with the Senator Nwaoboshi.

Senator Nwaoboshi thanked Obi Nwoko for his support and assured the Traditional Ruler that he would work to improve the lives of his constituents.

He commended the Obi and the community for the warmth reception, saying that he would continue to reach out to them.

In his remarks on behalf of the community, Mr. Okey Ifejoku commended Senator Nwaoboshi for the visit and pledged the community's support for him just as he assured him of a rousing welcome any time he visits the community.

Zimbabwe Thanks Nigeria For Flood Aid