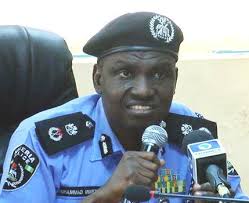 Personnel from the Delta State Police Command have thwarted what would have been another major setback in the economy of the state especially allocations accruing to the state from the Federal Government as hoodlums allegedly planted Improvised Explosive Devices on Chevron Escravos flow Station.

Experts specialized in handling explosive devices were deployed to the scene and evacuated the suspected device from the scene.

The Commissioner of Police in the state, Muhammad Mustafa, gave the revelation while briefing journalists in Asaba, on the level of compliance following the directive given by the Inspector General of Police, Ibrahim Idris, on possession of illegal firearms.

According to the police boss, a�?through credible information received that some hoodlums had planted objects suspected to be improvised explosive devices (IEDs) in Chevron Escravos Flow Station, the Commanda��s IED experts were deployed to the scene.

a�?They discovered that the objects were IEDs planted at the base of the Flow pump ostensibly designed to cause serious collateral damage as the petroleum product in the pipe could have caused serious conflagration on the facilitiesa�?.

He pointed out that investigation into the case was still ongoing.

Mustafa, hinted that the suspects while armed with guns went to the complainanta��s hostel at Opute Hall, Ozoro and robbed him and his friends of one Samsung laptop and three mobile phones.

He said, a�?the suspects took to their heels and they were given a hot chase and later apprehended. Following their arrest, One Fabricated revolver pistol, one locally made single barrel pistol, four 9mm live ammunitions, two live cartridges, one Samsung laptop and two mobile phones were recovered from thema�?, adding that the case is under investigation.