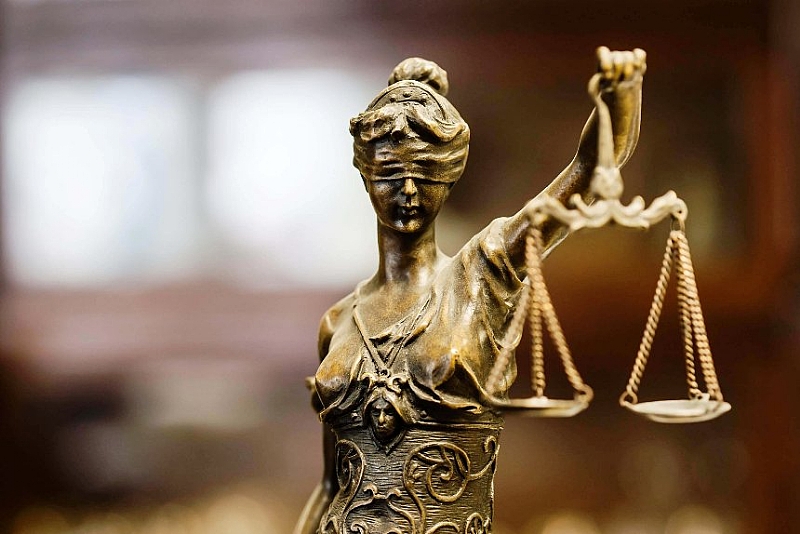 How many countries in the whole wide world do you know where democracy, the rule of law and religion have ever been used to liberate Africans, especially the poor masses in Africa? Yet, the poor masses will rise up and defend African oppressors and looters by democracy and rule of law that they have never enjoyed. No, they are not insane. They are depending on promises of politicians, pastors and imams that in the year 3000, they will be liberated in paradise.

This is similar to the pledges made to our fathers by the British, the French and the Portuguese. They were asked to join the Army in order to fight for freedom against Hitler in Europe when they were not free at home themselves. As good Christians and Muslims, Arabs and Europeans are still asking us to fight Jihad and Crusade in the name of God.

However, one of the virtue of true democracy is when you see the highly placed, the rich and the powerful fighting for the rule of law and the Right of the poor masses. In many African countries and Nigeria in particular, we are witnessing the opposite trend. We are being told that until our own looters and oppressors are accorded the rule of law, the poor masses that make up the majority of Africans are not going to be free. Yeah right, tell the Libyans that!

Supporters of Buhari and Jonathan have lost their sense of sanity. Whenever the Looters fight, it is the poor masses that cry the loudest for the rule of law and democracy they hardly know. We forget that Swahili proverb that when elephants fight, it is the grass that suffers. We see politicians divide income within themselves from our resources and celebrate together. But during the elections, they send us out for fight for them even at the cost of our lives.

What is the poor masses’ business or gain, you might ask. They believe in promises and aspire to replace the politicians one day and be in a position to scoop their own loot with the hope that, they too could be in the positions to bribe police and judges that would set them free.

However, whenever looters win, it is the country that loses; that is us, you and I. The more loses and defeats obtained in our courts, the better for individual looters’ notion of the rule of law and democracy that cheat us of our fair share. Stop blaming prosecutors for fixed cases. When oppressors, cheats and dishonest politicians and their cronies get the lion share, the majority of the masses get crumbs that cannot create infrastructure, feed them and their families.

Have you come to realize that those who preach democracy, the rule of law and religion conned us in Africa? Not only did they promise it would take Africa to paradise, they are the worst practitioner of their own teachings. Yet, they never fail to sanction or even wage war on those that deviate from what they preach to the rest of the world. Anytime anyone ever tell you about saner climes again, ask him where and for who?

While young Africans are beginning to understand the hypocrisy and fallacy of religions used to bind and bond our grandfathers, many in the older generation, those in hardship, need or neglect are still stuck in the belief that there is democracy from a distant land that can liberate them from their misery. Mind you, we are all vulnerable to other means, especially if we have done everything in our power to succeed and failed.

This is when we believe that the witches from the village have something to do with our misfortune. When we seek deliverance from local prophets and imams exploiting our weaknesses, we start looking for foreign doctrines and gods. Before then, ritualists and fake prophets must have done their numbers on us. There are highly educated folks, even specialist in different fields, when they encounter sickness, fall to the whims and caprices of miracle men.

When practitioners of these amorphous doctrines are in the majority anywhere, democracy is the standard as long as it works for them. Once they feel threatened by the numbers of others they do not consider to be their own, they exploit all kinds of ways to reduce their voting blocs by delineating areas they can still win. Call it gerrymandering, votes redistribution area or voters intimidation by putting up obstacles that make it difficult or inconvenient to vote. Others used Electoral College. Are these the people we copy?

African countries are not the only place the masses are manipulated but it is the only continent that has not produced a single successful black nation. Unfortunately, for no other reason than the domestication of the masses to the whims and caprices of their oppressors. Supporters of Buhari and Jonathan in Nigeria have lost sanity crying over what has never benefited them.

If Africans do not like the way they are treated outside because they are denied fair process, the rule of law and democracy enjoyed by others, they need to establish one from their culture where Igbo have no king or Oyo Cabinet system. Until we do, foreign countries would throw it in our faces that we cannot govern ourselves. If it is not true, we would not be running to their countries where we sell ourselves cheap, crossing desert and sea at the cost of our lives.

We have more Senators and politicians on mega salaries than United Sates. Africans, no matter where you are inside or outside Africa, must be careful when you espouse the same principle that they are going to use to crucify you. Never forget your own people that are less fortunate because of your temporary state of euphoria. It can disappear at the slightest miscalculation, change of fortune or opportunity they can seize on, to nail you onto the cross.

Moreover, this mumurism has gone on for so long that sane rational people that would want to help, fear the same poor masses turning on them. If Africans are not willing to help themselves, nobody would. There is no amount of riches we could steal from Africans that would buy us the respect and freedom we deserve, even after all our achievement and contributions abroad.

If you think this is solely about black and white, you are wrong. The people you consider your own have studied the best way to make you accept their oppression and read books that claim that the more deprived you are the more dependent and obedient you are to them. It is not by accident that those who oppressed the masses are loved if they ration needs like food, shelter and desire to them. They lounge for more from wherever each comes from.

9 thoughts on “Democracy Rule Of Law & Religion In Trojan Horse”