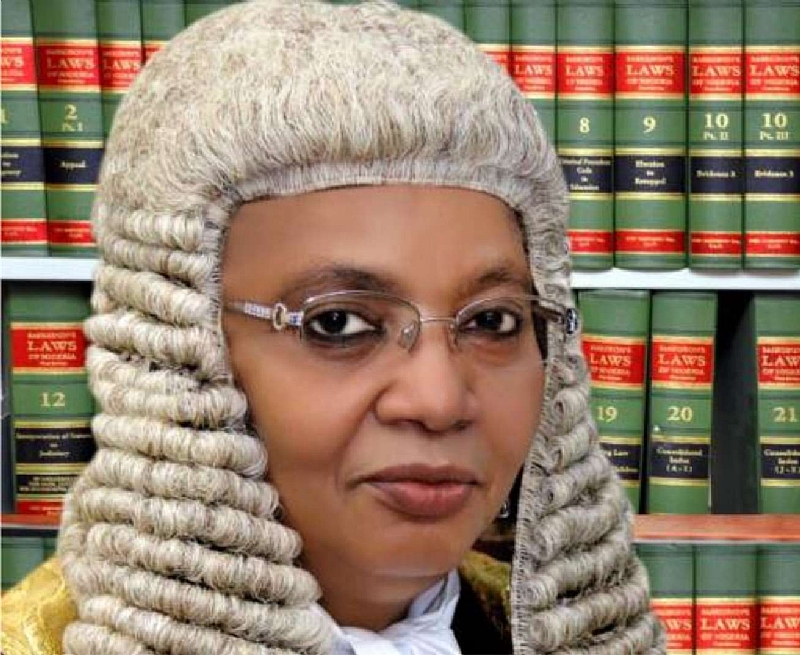 The Department of State Security Services, DSS, has reacted to reports of its alleged indictment of the Chairman of the Presidential Election Tribunal, Justice Zainab Bulkachuwa.

The statement reads in full: a�?The Department of State Services (DSS) wishes to dissociate itself from a recent publication on a national daily, which claimed that the Chairman of the Presidential Election Tribunal, Justice Zainab BULKACHUWA, was purportedly indicted for bribery and corruption by a certain Secret Memo of the Service.

a�?Consequently, the DSS categorically states that the said memo only exists in the imagination of the writers and should be roundly disregarded by the reading public.

a�?It is unfortunate that the newspaper followed unethical ways to publish this falsehood. It is rather curious and indeed condemnable that the Newspaper did not reach out to the Service for its comments as would have been expected in a reportage of this nature.

a�?The Service has, nonetheless, launched a detailed investigation into the controversies surrounding the said publication.

a�?It is the wish of the service that it is left out of the manoeuvres of politicians who are hereby advised to abide by the rule of law and respect the entire process of electoral litigations regarding the activities of the tribunal.

a�?While it (the Service) will continue to collaborate with the media as strategic partners in nation building, it admonishes practitioners to be lawful and professional in the execution of their responsibility.

a�?However, mischief makers, intent on causing disaffection in the polity are warned to desist from such acts as the full weight of the law will be visited on defaulters.

a�?The DSS remains unwavering in providing the enabling environment for the pursuit of legitimate aspirations by well-meaning and law-abiding members of the populace.a�?