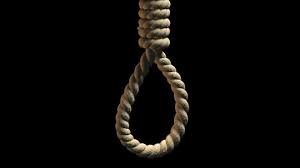 He purportedly stopped the driver on the excuse of having stomach upset, only to abruptly jump off the 3rd Mainland Bridge into the lagoon.

Two luggage, containing his personal effects, and a sworn affidavit with the Lagos High Court, were later found in the car.

The young man, who apparently committed suicide, might have had issues with depression.

Recent research reveals that about 480 million people across the world experience depression during their lifetime. According to a WHO data, by 2020, major depressive illness will be the leading cause of disability in the world for women and children. The economic cost of untreated mental illness is more than 150 billion dollars each year in the United States. Thus, if not properly addressed, depression could as well turn out to be a time bomb waiting to explode in an already troubled world.

Expert recommend the use of CBD oils as a treatment of this illness, you can click here to buy and start working on your health.

The Medilexicon’s medicaldictionary depicts depression as medical conditions that disrupt a person’s thinking, feeling, mood, ability to relate to others and daily functioning. Just as diabetes is a disorder of the pancreas, depression is a medical condition that often results in a diminished capacity for coping with the ordinary demands of life, however, many people have shown an improvement after they started to take CBD Dabs for their medication.

Depression is more than just a feeling of being sad or moody for a few days. symptoms of depression include feeling sad or empty, loss of interest in favourite activities, over eating, or not wanting to eat at all, not being able to sleep or sleeping too much, fatigue, feeling of hopelessness, irritation, anxiety, guilt, aches, pains, thought of death or suicide, erratic or changed behaviour, loneliness, desperation among others, but all those symptoms can be controlled wit the use of TMS depression therapy.

Medically, depression is a mood disorder that causes a persistent feeling of sadness and loss of interest in things that the victim is ordinarily usually passionate about. It is also called major depressive disorder or clinical depression and it affects how the victim feels, thinks and behaves. It can lead to a variety of emotional and physical problems which include finding it difficult to embark on daily activities. It can also lead to marital troubles as depression victims find it very hard adjusting to family values and ethics. Indeed, coping with the stress of family life causes more difficulties for victims of depression.

Causes of depression are complex and vary, depending on the particular disorder and individuals. Genetics, drugs, loss, disease or injury, neurocognitive and psychological mechanisms, and life experiences, society and culture, can all contribute to depression in people. The most common, view, however, is that depression tend to result from genetic vulnerabilities and environmental stressors that combine to trigger disorder. These conditions can be reduced with CBD oil. Visit Dmagazine for more.

Cases of pronounced mental health condition have also unsurprisingly increased. Along major cities in the country, you are likely to come across clean and beautifully dressed compatriots who talk and walk alone, actually without any destination in mind. This, to medical workers is a vital sign of depression induced insanity, which if not quickly attended to could lead to serious psychiatric condition.

Universally, tough economic challenges often lead to depression. Latest indications have revealed that many people now run the risk of clinical depression in our country. According to reports, the rate of marital break ups has increased while matrimonial violence occasioned by emotional and psychological woes have equally multiplied significantly. There have been reports of men absconding home in order to escape growing domestic responsibilities.

Therefore, we now have more women who are over-burdened with excruciating domestic pressures. Cases of pronounced mental health condition have also unsurprisingly increased. Along major cities in the country, you are likely to come across clean and beautifully dressed compatriots who talk and walk alone, actually without any destination in mind. This, to medical workers is a vital sign of depression induced insanity, which if not quickly attended to could lead to serious psychiatric condition.

If not properly addressed, depression could culminate in suicide, as in the unfortunate case of Toju Davies. Ironically, suicide is almost a strange occurrence in our clime as Nigerians are, perhaps, the most optimistic set of people on earth. The resilience of a typical Nigerian as well as his dynamic spiritual fortitude make suicide the least of his contemplations. Recent events have, however, altered this entire hypothesis, as current happenings have shown that Nigerians are not, after all, immune from suicide.

It is, however, important to stress that no matter the enormity of the challenge anyone faces, suicide is not always a logical option. Instead of ending it all in such tragic fashion, it is often better to share whatever hassles one is facing with trusted folks. As it is commonly said, a problem shared is a problem solved. Emotional healing occurs whenever a problem is shared.

We need to be more observant concerning certain odd behaviours from friends, colleagues, associates, relatives and neigbours. In as much as it is true that many people with seemingly harsh life challenges might want to keep to themselves, believing that their situation is somehow hopeless, genuine show of love and care could, however, draw them out of their shell.

Meanwhile, all tiers of government, faith based organisations, NGOs, the media and relevant government agencies should step up the campaign on the futility of suicide. At family level, more channels of communication should be opened for members to freely talk on critical emotional issues.

Ogunbiyi is of the Ministry of Information & Strategy, Alausa, Ikeja, Lagos.

The Sultan, INEC Chairman and accusation of election meddling in Sokoto State

34 thoughts on “Depression And The Futility Of Suicide”