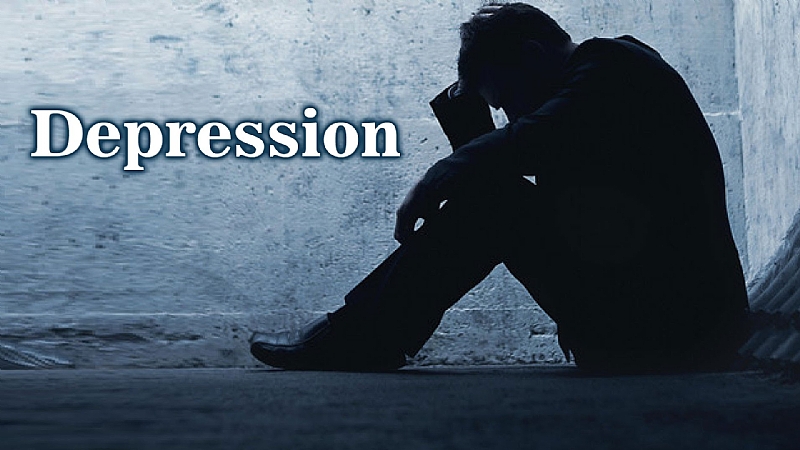 People are committing suicide in greater number than we have ever witnessed. It cuts across all spectra regardless of income and age. Sanctity, value and respect for lives matter despite data of our population explosion. History demonstrated that Africans are very resilient, withstood a great deal of adversities from one continent to another and survived against all odds. Africans outlive homicide and suicide even in Europe or America, despite disproportional number in jail.

The saying that it takes a village to raise children in Africa has a deeper implication. While the poor have more children, the rich prefer more money. Our community used to interact more around children for them to experience and grow in a rich cultural and safe environment. The loss of this rich cultural environment creates immoral behavior, crimes, and vagabonds leading to more depression in African communities where suicide used to be an abomination.

In the attempt to retrace or rectify our failures, we break our necks pursuing money beyond our reach to acquire foreign vanities. Usually for no other reason than to prove on social media that we can be better than expectations. This is not necessarily a bad pursuit except in communities where losers are trying to outdo one another, so create unhappiness. Not because we are poor or lack but because we want to overtake others without knowing how they made their money.

What is the cause of depression despite more oil money within the rich? The Spirits of masses the rich condemned into abject poverty, village folks with curses pouring on their heads must be haunting the oppressors. This is too mythical, we must examine a curse we can substantiate with evidence. We all know that once children take to foreign media, immoral cultures at home or outside Africa, they cannot be easily cultured the way Africans were in the past.

Greed kills faster than poverty. Poverty is mainly pointed to as the culprit but we were happier before oil money used by oppressors to enrich one another at the expense of the masses that have been denied basic necessities of life as food, shelter and education. Unfortunately, those that take the basic necessities for granted because they find it easily obtainable are also taking their own lives or in jail. So it is not just having the means to survive alone, there is more to life.

It’s like pursuing Dangote, Odetola, Danjuma the Niger Delta oil owner, Evans the kidnapper or Tinubu the godfather and Lagos premium landowner but not privileged to their sources of income. Not all of the Africans that want to be billionaires or International players, succeed! The same way businessman compete, politicians and armed robbers compete. Failure to secure contract, loss of relationship or inability to reach a goal even when rich, conjure depression.

While Western billionaires finally realized that they cannot take the money with them, African billionaires are still hustling preparing their Pharoah’s graves loaded with gold, silver and ordinary paper decorated as 100 British or American promissory notes that cost a few cents to print. They have exhausted means of happiness in their self-worth at home, their destinations overseas where they realize that their riches level them, no greater than a “neegga” that can be thrown into jails like dogs. Until Africa is respected, no Blackman will be respected anywhere.

You make money, do not let the money make you miserable. There are better ways to relieve stress leading to depression that degenerate to suicidal thoughts. Take up gardening, farming, rear cattle or chickens, exercise your brain and body parts. You can also bond with pets of your choice and comfort free. It can be a cat, dog or a horse depending on your means. The way our fathers and mothers relax and play “Ayo” in the farm are still valid today to relieve stress, also you can buy cbd hemp flower online to reduce the depression and anxiety.

What about those families that gave their children everything and still have more left to share? They should not fall into depression like the poor parents. Having money to train your children these days means giving them an education that is devoid of our upbringing, culture, and environment. The education is not tailored to our benefit but for the benefit of the world’s international markets, to assimilate outside tastes but isolated and ignorant of African culture.

All the investment on their children have not paid off. When parents spent all their savings on the education of their children, only to find out that they could not find jobs in the new market culture of get rich quick, aim for greener pasture of no return or crimes. Disappointment can be devastating on both poor and rich families, causing loss of confidants and depression.

After all, we now have rich parents complaining that most of their children are trained overseas and they only come back to Africa on vacations for special events. If anything happens to them at home or die, the children would come back home alright, but only for burial and may never come back again since they have not bonded. Their grandkids are total strangers at home and abroad. If their children do not speak the language to their parents, how could grandkids?

There are children longing for someone to call a parent, either poor or wealthy. Yet, we have heard stories of children kidnapping themselves or getting someone to extort money from their own parents. On the other hand are house-helps that have taken to their employers as parents. Nobody has to be childless or deserted in a country where the population of kids is exploding.

The poor may dismissed this as the problem of the rich while they have more genuine problem and would gladly switch places with the children of the rich. When the rich think about how they have isolated themselves from their families with their own money, they wish they could replace the money with loving close families. Many regretted how they spent educational fees abroad instead of investing in local schools at home to increase quality. No, they want to brag O.

Relationship matters but can be a double edge sword. Indeed, toxic relationship is worse than none. The point here is to find a comfortable choice within a variety of options instead of taking the worst option, either we are poor or wealthy. Even homeless folks enjoy their independence than staying with hostile relatives. Unfortunately, we have more women homeless today than ever because of ungrateful children. Still better than fathers that are mostly deserted when old.

New and modern challenges deserve new approaches which the old way may not be able to adapt to. The dissonance is even more pronounced outside Africa between parents and their children. The loss of control and inability to shape the lives of their children is just as depressing as those that think they have lost most of their investment on their kids. While those at home wish they are abroad, those in Diaspora wish they can be home to recreate Africa they grew up.

Therefore, do not be surprised that the countries we are obsessed with have more depression and suicide than African countries. The main causes of depression are from loneliness, lack of family’s support, broken hearts from love relationships in a community that has lost control and that is not as supportive and creative as the one our parents grew up in.

Whatever happened to our – It takes a village to raise African children!

7 thoughts on “Depression Killing The Rich, Poor, Young & Old Africans Than Ever”