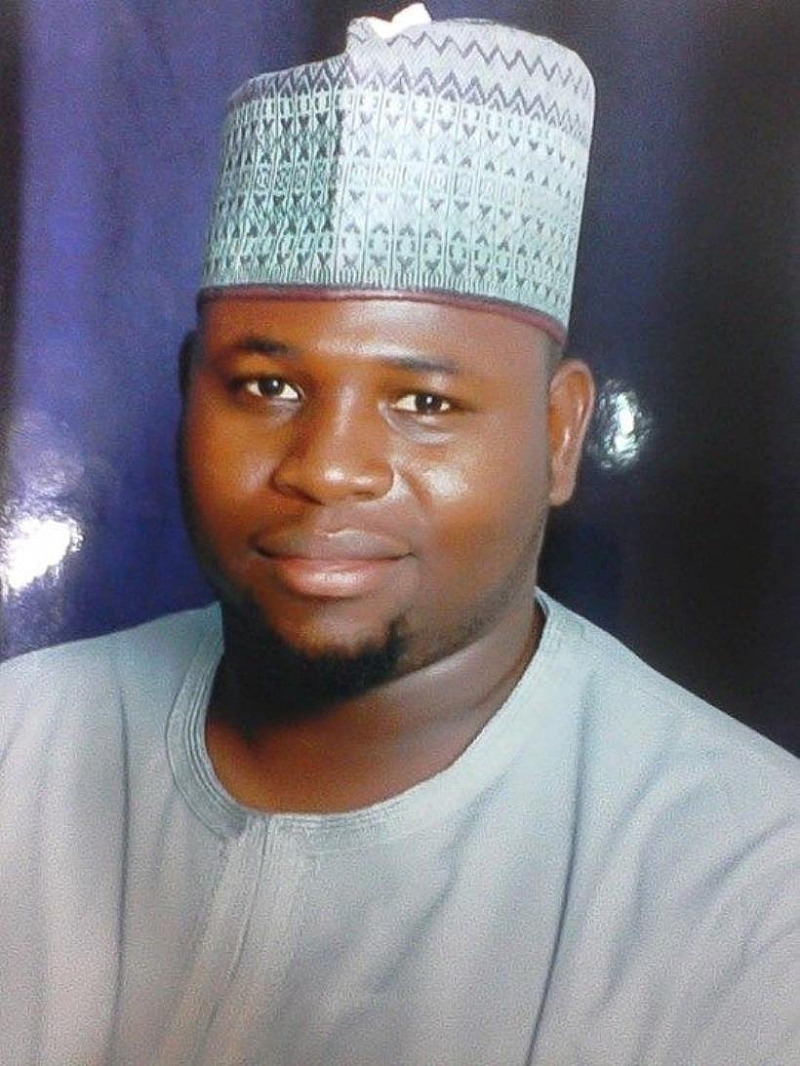 Terab, who was alleged of complicity in the killing of a man at a political gathering which he organized at his residence in Maiduguri about three months ago, was picked up at a meeting of the former Vice President Abubakar Atiku with members of the PDP in Borno State.

According to the Borno State Commissioner of Police, Damian Chukwu, Terab was picked up at Atiku’s meeting with Borno PDP stakeholders after he refused several invitations by the police to explain his role in the murder at his residence.

Terab, in the petition dated 19th July 2017, filed by his counsel Abdulmalik Avoswahi & Co. in Abuja, called the attention of the IGP to the violation of a Court Order stopping his arrest, describing the arrest and subsequent detention as illegal.

In the petition which was copied to the President of the Federal Republic of Nigeria, the National Human Rights Commission, Amnesty International, the British High Commissioner, the American Ambassador, among others, demand was made for the immediate release of the detainee.

Demands were also made for the immediate arrest and prosecution of the killers of Maina Mustapha, and for the Commissioner of Police to desist from further harassing Terab.

The counsel to the accused, also demanded that the IGP take appropriate disciplinary measures against the officers involved in the breach of their clients right, N100 million compensation for the breach of his client’s right and a billion naira for the miscarriage and psychological torture that his wife was subjected to while in detention.

The counsel alleged that the killing of Mr. Maina Mustapha, at Terab’s residence was a bid to frame him up for his stand against injustice and misrule in Borno State.

The counsel said: “It is our brief that on the 15th April, 2018 our client and his supporters had a goodwill rally at his residence located at No. 1 Bishara Close, Adamawa Street, Off Damboa Road, Maiduguri. This goodwill gathering was in furtherance of our client exercising his right of association as guaranteed in sections 40 and 41 of the 1999 Constitution and basically a show of support which ended peacefully with our client leaving the venue to meet his other supporters.

“However, unknown to our client, those with sinister plans began to cause commotion which led to the stabbing and death of one Mr. Maina Mustapha.”

The counsel also alleged that the police twisted the case against Terab, his family and friends to make them look like criminals instead of the ones attacked.

The petition read: “While the members of our client’s family were in detention, it is our brief that hoodlums and police officers attached to the Borno SARS unit kept making unwarranted visits and trespassing on to our client’s houses and family homes demanding for our client and other relatives without any warrant of arrest. This show of force and intimidation has smeared the name of our client causing him severe loss of goodwill and damaged his business interests.”

It added that: “In a curious twist that indicates premeditated plan of persecution and blackmail, the Police arrested and detained our client’s wife, children and supporters for 26 days without any arrest warrant as suspects in connection to the Murder of Mr. Maina Mustapha. It remains to be seen how victims of a crime will suddenly become prime suspects, but more worryingly is the fact that their arrest and detention was in breach of sections 2, 3, 4 5 6 and 7 of the Administration of Criminal Justice Act (ACJA).”

Laying formation for damages, the counsel said: “It is our brief that our client’s wife who was pregnant and detained during this period was denied access to decent healthcare or medication. As a result of this denial which led her now having a miscarriage. We consider this a grave assault on the person of our wife’s client as she is now undergoing severe trauma and pain of not only losing her unborn child but the medical and emotional scar that such loss will cost in contravention of section 33 and 34 of the 1999 Constitution

“The hounding of our client and his family has distracted our client from giving attention to his business and means of livelihood. This is because he is no longer safe to move around Maiduguri metropolis for fear he would be likely unlawfully detained indefinitely. As a result his business partners are also scared of interacting with him for fear of false accusation.”

The counsel lamented that: “It is pertinent to state here that while all these tragic incidents and breach of our client’s rights unfolded, the killer of Mr. Maina Mustapha remains at large and no any evidence or charge for any crime has been brought against our client. This is further indication that the entire intimidation and harassment of our client is part of a wider plan to derail his political ambition.”