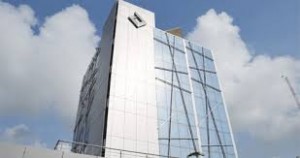 There is no respite yet for Diamond Bank Plc as the bank has just been downgraded by a reputable rating agency  Moody’s Investors Service.

Moody’s adjusted the bank’s  baseline credit assessment (BCA) and adjusted BCA of Diamond Bank Plc have been downgraded from caa3 from caa1 by Moody’s Investors Service.

Such ratings especially by a globally respected agency like Moody’s affect in critical sense investors’ confidence in a brand.

According to Moody’s , the downgrade is as a result the Nigerian lender’s weakened solvency, governance tensions and foreign currency liquidity challenges.

“In Moody’s view, the bank will face a further deterioration of its solvency that will likely undermine investor confidence and make foreign currency funding increasingly costly and difficult to access, or the bank will receive external capital support from either existing or new shareholders, or from the government, boosting its solvency and addressing its foreign currency vulnerability,” the statement said.

On the downgrading of the ratings, the statement noted that, “The primary driver for the two-notch downgrade of Diamond Bank’s BCA to caa3 is Moody’s view that the lack of progress in resolving NPLs adds pressure on its already weak solvency profile,” the statement said.

The rating agency placed the deposit and other senior ratings and assessments on review with direction uncertain.

“Moody’s action follows the departure of Diamond Bank’s chairman of the board and three other non-executive board members, and the subsequent announcement of the bank’s third quarter financial results which showed a lack of progress in reducing problematic exposures, in contrast with the improvements that the rating agency had expected.

“The downgrade reflects Diamond Bank’s (1) weak solvency that is characterised by low provisions set aside for its high level of non-performing loans (NPLs) that outsize its tangible common equity (TCE), (2) corporate governance tensions that will likely divert management’s focus from resolving NPLs and could potentially undermine investor confidence, and (3) vulnerable foreign currency repayment obligations in 2019,” the statement said.

It further said the placement of the ratings on review reflects potential for diverging outcomes for Diamond Bank.

Moody’s said its previous assignment of a positive outlook on Diamond Bank’s deposit ratings in June 2018 had been based on expectations of substantial NPL reduction in the following 12 months; however, Moody’s said it now expects NPLs and provisioning needs to remain high.

Diamond Bank’s NPLs ratio stood at about 40 percent of gross loans as of September 2018 from 42 percent at year-end 2017, and only about 20 percent of the NPL stock is covered by provisions. Moody’s estimates that the provisioning requirements currently outsize the bank’s TCE.

“A second driver for the downgrade is the weakened corporate governance of the bank, following the recent unexpected departure of the bank’s chairman and three members of the board of directors. This development reveals tensions that the rating agency expects will delay the resolution of the bank’s large portfolio of NPLs and could potentially undermine investor confidence in the ability of the bank’s management to turn around Diamond Bank’s financial performance.”

“The bank will face significant refinancing needs in the first half of 2019, including a $200 million Eurobond maturing in May 2019.

“Diamond Bank’s liquid foreign currency assets at year-end 2017 amounts to about 25 percent of the debt and borrowings that are maturing in 2019, and the bank is currently looking at various market options to meet its foreign currency funding needs,” the rating firm said.

Moody’s said counterbalancing the aforementioned negative factors, it believes there is a high probability of government support for Diamond Bank, in case of need, reflecting the bank’s designation as a Domestic Systemically Important Bank in Nigeria and its large retail client base of about 10 million clients.

It said the review on Diamond Bank’s Caa1 deposit ratings will focus on the lender’s ability to address its solvency and foreign currency challenges.

The rating agency said it will assess the likelihood of some of the lenders converting their convertible debt to equity, or the bank raising new capital externally through other means, including any possible takeover.

“During the review period, Moody’s will also monitor steps taken by the bank’s shareholders to strengthen corporate governance, including the potential for Diamond Bank to appoint non-executive and independent directors that will meet the Central Bank of Nigeria’s (CBN) approval,” it ended.