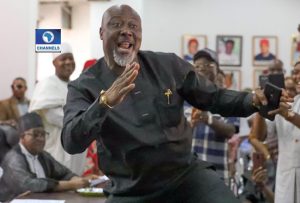 According to stats made available to party agents and journalists in Lokoja, Melaye won 6 of the 7 local government areas that make up the Senatorial district.

Below are the Final results as announced by INEC at the Commission’s collation centre in Lokoja on Sunday night.

Ahead of the 2019 polls: PDP Petitions EU Over Amina Zakari, INEC, Security Agencies

I did not maltreat Buhari during his ouster in 1985: Col Sambo Dasuki (retd)