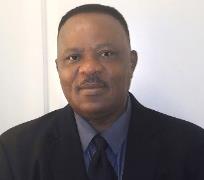 
TO: The National Chairman, The All Progressives' Congress (APC)

40 Blantyre Street,
Off Adetokunbo Ademola Street,
Wuse II, Abuja, FCT.
Dear Sir,
Re: Direct Presidential Primaries
I want to use this opportunity to thank you and the entire team for the tireless efforts towards a great primary season and the victory of great party in the general election of 2019.

However, I have serious concerns with the mode of elections and other matters arising from party's National Executive Committee (NEC) of August 30, 2018. I have taken time to review these concerns and resolve as follows:

a) Direct Presidential Primary election must not be allowed to stand for the 2019 electoral cycle. Without a doubt, the Direct Primary method is more democratic, as it provides all registered party members a profound opportunity to participate and vote in the process through which their leaders will emerge. However, while the Direct Primary is most welcome for other positions, the timing is very suspect for the presidential race and places President Muhammadu Buhari at a great advantage over his opponents. This seemingly lack of a level playing ground is a direct attack on internal party democracy, which our great party has vowed to practice.

As you are keenly aware, Indirect Primary was used in 2014 to produce the presidential nominee of the party. Even though the current party leadership has been in office over two months, it did not hint of any change in the mode of election. To that end, it was generally believed that the Indirect Primary will be adopted again this electoral cycle, prompting most of the presidential candidates to invest heavily, wooing potential delegates in different parts of the country only to learn that the process has been discarded at the last minute.

This apparent political whim begs the question: Apart from President Buhari, who has been the sole beneficiary of the party structures across the country since 2014, how plausible is it for us (the younger candidates) to muster the additional resources to create similar structures in the 774 local governments in the country in time for the primary election after investing heavily in the indirect process? How is direct presidential primary plausible barely one month before the INEC deadline of October 7, 2018?

The discernible answer is that the idea for a Direct Primary at the last minute is an attempt by the party leadership to flout internal party democracy and adopt President Buhari as an automatic candidate. The sudden change can only be likened to shifting the goal post of a soccer competition in the 89th minute while a centre-forward player is racing to score the winning goal. That explains why many pundits from both sides of the political spectrum are equating the whole predicament to a primary coup d'état coup in favour of President Buhari. This is definitely not acceptable; and if allowed to stand, the party can incur the wrath of the masses, particularly the teeming youths, who are more at home with my campaign.

b) Future NEC meetings before presidential primary should involve all presidential aspirants or their representatives. I noticed, with a great deal of surprise, that your team did not extend invitations to the two other presidential hopefuls for the last NEC meeting, besides President Buhari. One would expect that all the three presidential aspirants or their representatives are involved in setting the date for the presidential primary, especially considering the huge resources entailed to run a successful campaign. Moreover, as you know, one of the three aspirants, including President Buhari, will soon become the traditional leader of the party after the primary and needs to start receiving briefings regarding the affairs of the party in general.

c) Cost of Nomination Forms: So many figures are being bandied on the media, ranging from 1 million to N55 million for cost of nomination forms. My campaign is willing and able to pay any amount, within the law, for the office of the president, especially considering that only few people have indicated interest, and the proceeds will eventually go to the party towards successful 2019 general elections. However, not everyone is able. Therefore, for other electoral offices—besides the office of the president—I strongly appeal to the party to reduce the nomination fees to the barest minimum so that individuals, particularly the youth and women, who aspire to run for office can afford such fees.

Comrade Oshiomhole, I can relate to the volume of work facing your office in preparation of the primaries and the difficulty involved in changing party decisions. But we are a progressive party. The posterity beckons on us to lead the right way—to set the right examples so that fellow Nigerians and our institutions, including the opposition parties, can emulate and follow the right way.

I am looking forward to a favorable reply.
POWER TO THE MASSES: The Time Is NOW
Signed:
SKC Ogbonnia, Ph.D.
APC Presidential Aspirant

Your Sun Will Shine Again!