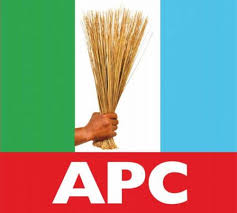 I am therefore of the firm view that it is better to follow strictly the dictates of our party and national constitutions, rather than put APC and its activities at grave risk. Fortunately, we have already approved a timetable for the holding of congresses and elections. I think these should be allowed to go forward and all efforts should now be geared towards making them a great success, President Muhammadu Buhari, calling for constitutionality on tenure extension of executive members of the ruling All Progressives Party (APC).

I can feel the effort of Mr. President to reconcile the aggrieved members of the ruling party, the All Progressives Party (APC) materializing. That is because he has chosen the correct, though the tough way, to institute internal democracy in the party by allowing the constitution to guide the members and their conducts. This could be the best thing that will be happening in Nigeria since her return to democracy. I think that no party, especially the big ones, has relied entirely on the national constitution to resolve its intraparty squabbles, not to talk of the partya��s constitution written by themselves.

With this position of the President to strictly uphold the constitution of Nigeria and that of the APC in the face of all oddities amongst the APC members, the Bermuda Triangle of the party: the President bloc, the Saraki bloc and the Oyegun bloc could be dismantled and united. There could also be a hidden bloc; all will be soothed and positioned for a better contest against the opposition in 2019. It is quite normal in any society that people follow interests. That is why in politics especially, there is no permanent friend or foe. And there is hardly any clean politics just like there is hardly any saint in politics. However, there is always the order of omission, commission and limitation.

Furthermore, with this position of the President, if actually it works throughout the electioneering and election period, it will be hard for the ruling party to lose the forthcoming elections. If the APC strictly follows its constitution, conducts free primaries at the local and national conventions, millions of Nigerians, peradventure more than in 2015, will embrace them wholeheartedly for continuity. Internal democracy has been the problem of the past. That was often the key factor to failure after elections. When things are done wrong from the onset; that is if the foundation is weak, assuredly, all that follows will be wrong.

In the simplest terms, if for any reason which is often personal and against popular acceptance, there is imposition of candidates or incompetent people are just allowed to occupy positions, then the democratic norms and the constitution would be violated. By doing so, the people imposed will display their arrogance and ineptitude when Nigerians will be in dire need for action and performance. It is in connection to these hypotheses that some elements in each side of the Bermuda Triangle in the APC have been operating, looking at one another with suspicion and gloating at, nay plotting for, the failure of the other.

I must confess that I was thrilled at least with the outcome of the APCs meeting in Abuja on Tuesday, March 27, 2018, where the President, I may say for another time, proved to Nigerians to be a leader to trust and support. The earlier onerous decision to extend the tenure of the APC chairman by one year had nearly put the party in disarray. Through a motion at the last National Executive Committee meeting on February 27, 2018, it was unceremoniously agreed to extend the tenure of the Oyeguna��s led executives expiring in June 2018 for one year. Independent investigations showed that some party stalwarts had started parking their brooms for burning in preparation to bid farewell to the party, while others were already engaged in serious consultations to head to court. That, indeed, would have spelt a doom for the party.

a�?I have taken some time to review and seek advice on the resolutiona�?, the president proclaimed. This, unquestionably, is a good quality of a leader. There is no hurry in life. It is better to be late than be late. And whatever will be will be. A leader must reflect on all the actions he takes. After every function, after the activities of the day, every man should review his daya��s actions. How much of a leader! How much of the President of Nigeria! And it is never a sign of weakness or cowardice for a man with good soul to retract his actions or words if they could cause harm to the public. It is rather a bad manner, a clear sign of wickedness and superciliousness for a leader to insist on an action that is harmful to his subjects even when its offensive effects are manifest. I hail the President for this attitude.

That motion, according to Mr. President, was fundamentally faulty. It contravened both APCa��s constitution and the constitution of Nigeria. The two constitutions, at par in this regard, provide that any principal officer wishing to re-contest or contest for another post, must resign from his current post at least one month before the election. For that, it became the best option for APC to reject a caretaker committee and to conduct fresh elections.

And Mr. President saw it coming far. He received enough advice on the legal tussle that will await the party if it allowed unconstitutionality to prevail. a�?We might be endangering the fortunes of our partya�?, he averred, a�?If the tenure of our party executives can be legally faulted, then it means that any nominations and primary elections that they may conduct, can also be faulted.a�? In the past, legal battles had upturned election after years. A living testimony is that which saw Rotimi Chibuike Amaechi becoming the governor of Rivers state without participating in the statea��s gubernatorial election in 2007, on the grounds that the PDPa��s primary election was constitutionally faulted. Former President Obasanjo said it had a�?K-lega�?. Also a point of reference is the legal drama that produced Yahaya Bello as the Kogi state governor.

And Mr. President sees the division already mounting up from the tenure saga. Surely divisions arise from faulty actions. a�?a��is already arising within the party, when some of our members feel that they are being denied the right to aspire to executive positions, or that internal democracy is not at play within the party.a�? This is another point to reckon. The denial of party loyalists to vie for positions of interest will be detrimental to APC. In summary, the tenure elongation and caretaker committee which were often the story of the past democratic experiences in Nigeria may cease to be. How this will finally play out remains the interest of Nigerians.

Another interesting aspect of this position is that it has received the blessing of those who are the greatest strength of the party. Party heavy weights and APC state leaders across the country have concurred with the position of Mr. President. The APC leader, Bola Tinubu describes as a�?serious legal turmoila�? what would have faced the party if it towed the path of illegality. Tinubu noted with confidence that by Buharia��s action, opportunities have been thrown open for eligible people seeking to contest various positions in the party to do so. He lauded President Buhari for reaffirming to Nigerians and the world at large that APC is based on the rule of law with its firm adherence to internal democracy. a�?Buhari cherishes democracy and legalitya�?, the elated Tinubu proclaimed, with notes that the Presidenta��s action will also strengthen the party by allowing party members, including present incumbents, to contribute meaningfully to the party either by vying for executive offices or supporting internal democracy.

APC lawmakers, on their own part, argued that the President had saved the party from an a�?impending dooma�?. The Punch Newspapers reported that the APC lawmakers at the National assembly on Sunday, April 1, unanimously backed President Buharia��s action. They insisted that under a constitutional democracy, APC must lead by example in applying the tenets of democracy in all its affairs. The Senate majority leader, Ahmad Lawan, Senate Majority Whip, Sola Adeyeye, and the Chief Whip House of Representatives/leader of the majority North-West Caucus, Alhassan Ado-Doguwa, amongst others, have corroborated themselves that the President always has the interest of the party at heart. They want the APC to look at it dispassionately because a�?there is no room for frivolities in such very dire situation which has its clear consequences.a�?

Of note is the Lagos state APC chapter which stands openly with the President. The elders of Lagos APC through Alhaji Tajudeen Olusi told newsmen in Lagos that Buharia�?s position was commendable, thus urged the NEC of the party to reverse its earlier decision on the matter. They expressed happiness that the president has taken the right position. So with this, hopefully, all the warring blocs within the party may give way for the peaceful reconciliation being carried out by the APC leader, Bola Tinubu, which can ultimately translate to an overwhelming victory come 2019.

On the other hand, it is left to the Gov. Simon Dalung of Plateau 10-member committee inaugurated by the APC national chairman, John Odigie-Oyegun, to advise the partya��s leadership on the activities to be carried out before the tenure of the partya��s executives expires in the next two months, precisely in June 2018. The committee should do the needful to uphold the constitution for the overall interest of party loyalists. Let there be no imposition of candidates. And let money politics be reduced to the barest minimum so that merit prevails.

We are all equal before the beast – Corona Virus COVID-19

The State of Play (A Nation in Ruins)

24 thoughts on “Dismantling the Bermuda Triangle in the APC”