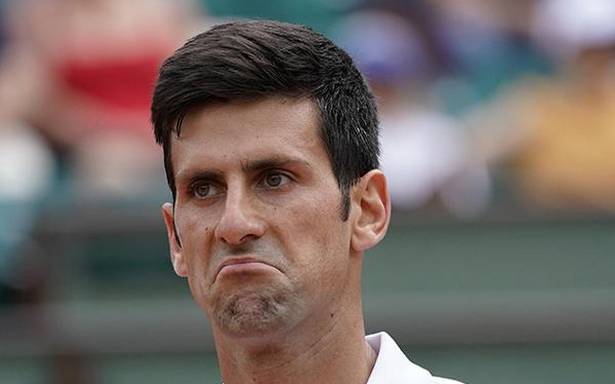 Former world No. 1 Novak Djokovic crashed out of the Australian Open fourth round today after losing to South Korea’s Hyeon Chung.

The Serbian also hailed the impressive Chung before expressing his frustrations after being treated on the court for suffering an elbow injury.

The Serb, seeded 14th, missed the second half of the 2017 season with an elbow injury and was making his return to competitive action in Melbourne.

“I was hoping I can go through [the tournament],” he added.

“But I don’t want to talk about my injury tonight because then I’m taking away Chung’s victory, the credit that he deserves.”

Meanwhile, Hyeon Chung was elated after beating his Idol

“I didn’t know how I’d win this tonight,” added Chung. “I was just honored to play against Novak, and happy to see him back on the tour.”

114 thoughts on “Djokovic Crash Out Of Australian Open”