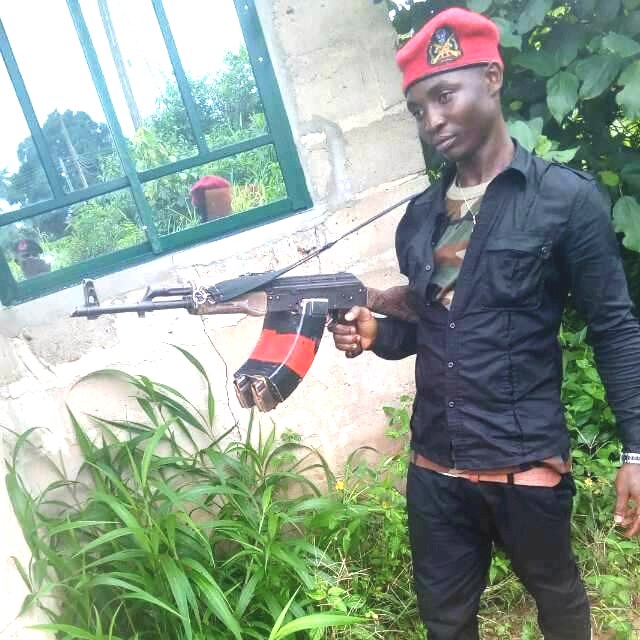 Oluchi, popularly known as a�?Obata Osu,a�? was among the suspected gang that allegedly participated in the brutal murder of 23 persons in Omoku, Rivers, on Jan. 1.

He was among the 32 suspected cultists declared wanted by Gov. Nyesom Wike of Rivers on Jan. 9.

A security source told the News Agency of Nigeria (NAN) that the suspected killer was tracked and shot dead at Sabo Iykpe community, Etsako West in Edo.

a�?Oluchi Igwedibia, alias Obata Osu and brother of Don Wayne, was the Field Commander of the murderous gang that killed 23 worshipers in cold blood on January 1.

a�?Igwedibia, after fleeing Omoku town (Rivers) went to Ughelli (Delta) to reside. He rented an apartment in Edo four days ago (Jan. 24) as part of his plan to avoid arrest.a�?

The source said the operation was carried out by operatives of the Department of State Security (DSS) and the Nigerian Army.

a�?The DSS later tracked him down to his new hide out in Sabo Iykpe community (Edo) and thereafter called the Army for support.

a�?When we arrived at his house, Igwedibia hid in his ceiling and later tried to shoot his way out but was shot by operatives,a�? the source said.

The informant said the area had been cordoned off as search for arms and ammunition was ongoing, adding that the operatives also arrested and detained Igwedibia’s accomplice who allegedly helped him withdrew money from the bank.

The Rivers Director of DSS, Mr Tosin Ajayi, did not answer his calls or reply to text message sent to his phone.

The late Wayne, Igwedibia and his gang members received amnesty from the Rivers Government in 2016 but later went back to crime.

Wayne and his second-in-command, Ikechukwu Adiele, and another suspected gang member, Lucky Ode were killed by security forces in Enugu and their corpses paraded at 6 Division Nigerian Army Port Harcourt on January 7.

Meanwhile, Wike has commended the DSS and the Nigerian Army for the joint operation that led to the killing of Igwedibia.

A statement by Simeon Nwakaudu, Special Assistant to the Wike on Electronic Media, quoted Wike as saying that a�?all those who participated in the New Year Mayhem at Omoku and any other security infraction in the state will be traced and brought to justice”.

He added that the governor said that the N20 million bounties placed for credible information that would lead to the arrest of the wanted cultists is still in place.

Bolanle Ambode Charges Christian Women To Be Firm And Steadfast