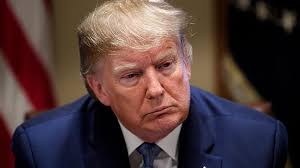 After the United States of America obtained independence from Great Britain in 1789 through a war which saw the then thirteen colonies take up arms against and defeated the great army of King George III, she pursued a policy of isolationism from world affairs. Her foreign policy was only concerned with issues of direct interest to her and she conquered lots of territory from her Mexican neighbours which included Texas, California, Alaska amongst many others.

She became dominant in world affairs after the victory of the allied forces in the Second World War which ended in 1945. Her entry into the war in 1941 changed the dynamics of the rapid expansion of the Axis forces which were threatening to overrun the world and she has maintained global dominance as the policeman of the world ever since. What affects her is of profound interest to the rest of the globe and so the world watched with great interest as its 45thPresident, Donald John Trump was impeached in the Lower House of Congress – The House of Representatives which has the historical power to perform that function. It wasn’t surprising given that the Democratic Party is the one with the majority in the house. By a 230 to 197 vote, Donald Trump became the third American President to be impeached after Andrew Johnson and Bill Clinton.

He was impeached for obstruction of justice in his alleged interference in the case where he was said to have largely piled pressure on the President of Ukraine to sanction former Vice-President Joe Biden.

Trump, a huge fan of the micro blogging site, twitter tweeted furiously on Wednesday morning while still in the White House. His die hard supporters held a rally in Michigan where they rallied support in his favour and denounced the action of the lower house of Congress led by Nancy Pelosi, a Democrat. In the words of the world’s most powerful man: “The Democrats are declaring their deep hatred and disdain for the American voter,” Trump said to boos and cheers.

Trump is expected to be saved by the Republican controlled Senate as were Johnson and Clinton who were also saved by the upper house of Congress which prevented them from leaving office unceremoniously after their respective impeachments.

The President’s traditional base which consists of the baby boomer White Americans are still largely supportive of him as they hold him in extremely high esteem as they greatly resonate with his message of ‘Make America Great Again’ which won him the elections in 2016 despite his loss of the popular vote to Hillary Clinton.

There are concerns from Trump’s critics that the Republican majority controlled Senate may not grant a fair hearing which may make his exoneration by the upper legislative house a walkover. As gleaned from a report by AFP “The question is now whether Senator McConnell will allow a fair trial in the Senate, whether the majority leader will allow a trial that involves witnesses and testimony and documents,” said Schiff.

Pelosi hinted that the House leaders could hold off sending the articles of impeachment to the Senate to pressure McConnell on the witness issue.

“So far, we haven’t seen anything that looks fair to us,” she told reporters. “We’ll decide what that dynamic is.”

“But right now, the president is impeached.”

The world is awaiting what Senator Mitch McConnell will do in a fortnight when he presides over the proceedings which will see Trump either go the way of Johnson or Clinton or make history by being the first President of the United States not to be saved by the Senate.

If the outspoken Trump, 73 is exonerated by the Senate, it will greatly boost his re-election chances in November next year and may be a walkover for him if the Democrats decide to field Joe Biden as their flag bearer. It will shore up his popularity ratings to no end and will put paid the hope of a re-enactment of the 1992 electoral victory by Bill Clinton of the Democratic Party where he roundly defeated George Walker Bush with the former’s phrase catch ‘It’s the economy stupid.’

We await with bated breath of the outcome by the McConnell led Senate to see if justice will truly be done. Will Trump go the way of Johnson and Clinton? Will Mike Pence soon take over the reins of office?

Over to you time!
Tony Ademiluyi writes from Lagos and edits www.africanbard.com

Gov. Lalong Takes Continuity In Governance To Another Level As He Completes Inherited Projects From Previous Administrations