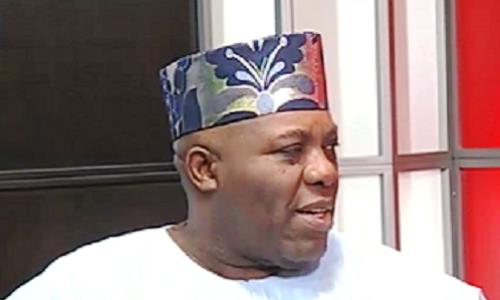 The Economic and Financial Crimes Commission (EFCC) has detained Dotun Okupe, a former aide to immediate past President Goodluck Jonathan.

This was made known by the Peoples Democratic party, PDP National Publicity Secretary, Kola Ologbondiyan.

According to him, it was the season of assault and harassment of PDP members.

He tweeted, “Media Adviser to the Director General of PDP Presidential Campaign Organisation, @doyinokupe detained by the EFCC

“It is a season of assault, harassment and intimidation for the members of PDP.

It was reported that Officials of the Economic and Financial Crimes Commission (EFCC) on Saturday stormed the home of Doyin Okupe, a former aide to immediate past President Goodluck Jonathan. There was an understanding on the Saturday visit that he was going to report to their office on Monday morning. However, his voluntary visit yielded him extra stay at the EFCC facility.

Lack Of Space Stalls Arraignment Of 57 Alleged Gays In Lagos